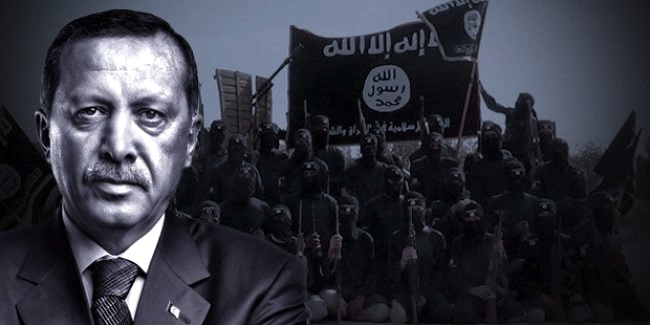 The President of the Republic of Turkey, Recep Tayyip Erdoğan, then issued a tirade against intellectuals, adopting what Noam Chomsky referred to in an email to the undersigned as “the George W. Bush line: you’re with me or you’re with the terrorists.”

However, the petition that Erdoğan was actually reacting to was one that had been produced last month and was circulated internationally. It was a petition signed by hundreds of intellectuals from across the globe who were actually accusing Turkey’s government with engaging in a “deliberate massacre” against the Kurdish population. In the petition, Professor Chomsky’s name was listed on the top, although he was merely a signer, not one of the initiators.

In his tirade against intellectuals, Sultan Erdoğan singled out MIT’s famous linguist and social critic who is widely regarded as the world’s leading critical intellectual. Erdoğan went on to call Chomsky a terrorist, but also extended him an invitation to visit Turkey and see for himself what is happening in the region.

Erdoğan’s invitation prompted Chomsky to respond in the following manner in an email he sent to The Guardian, a newspaper that has been closely following the international incident between Turkey’sPpresident and the world’s leading intellectual: “If I decide to go to Turkey, it will not be on his invitation, but as frequently before at the invitation of the many courageous dissidents, including Kurds who have been under severe attack for many years.”

In addition, Chomsky was asked by Turkish media and others for a comment on the whole incident, which he sent and reads as follows: “Turkey blamed ISIS, which Erdoğan has been aiding in many ways, while also supporting the al-Nusra front, which is hardly different. He then launched a tirade against those who condemn his crimes against Kurds – who happen to be the main ground force opposing ISIS in both Syria and Iraq. Is there any need for further comment?”

The comment was widely published in Turkey and elsewhere. Next act was that Erdoğan called for a criminal investigation of all signers, and then arrested a group of academicians, which led to further protests in Turkey and internationally.

There is little doubt that Erdoğan is a dangerous figure and on his way to becoming what Chomsky calls, again in an email to the undersigned, “the dictator of his dreams,” even though he does enjoy, unfortunately, considerable support among the religious and nationalist parts of the Turkish population.

Yet, this does not mean that all of Sultan Erdoğan’s actions — trampling on free speech and arresting academics — can go unchallenged. Indeed, thanks to people like Chomsky and the courageous stance of thousands of Turkish people, the Turkish government has now freed the academics.