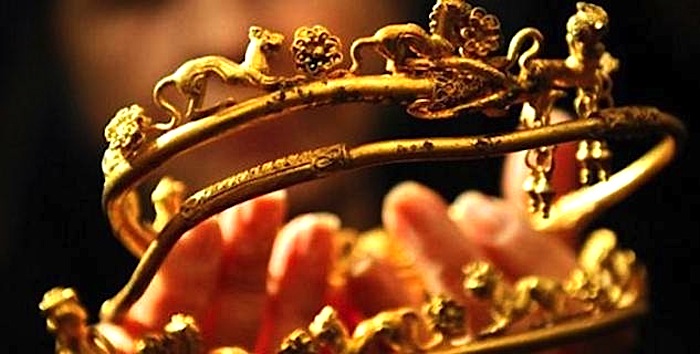 This year was eventful for Greece, especially in regards to the political and economic developments, however, a quick look in the past year also shows that 2015 was a year for major archaeological discoveries. The following list includes the five most significant archaeological finds that were uncovered during this past year. 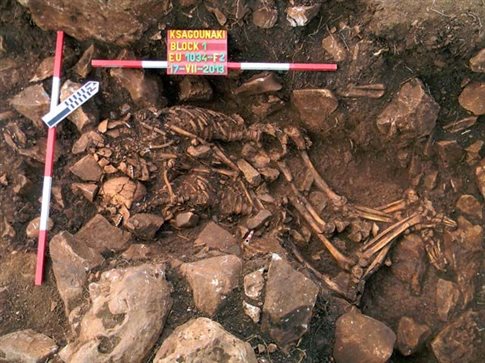 1. On February 12th, only two days before Valentines’s day, archaeologists in Greece came across a rare discovery. The Neolithic-era skeletons of a couple were found in an embracing position during excavations at the northern entrance of the Alepotrypa (“Foxhole”) Cave in southern Greece. The undisturbed burial was found close to a burial of another male and female who were found in fetal position. The embracing couple’s skeletons were dated with the C14 method to 3800 BC while their DNA analysis confirmed the remains were those of a male and female. 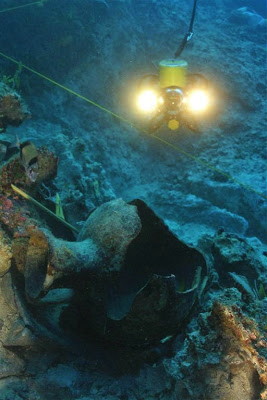 2. A large underwater ancient Greek settlement of the 3rd millennium BC was brought to light by the Ephorate of Underwater Antiquities and the University of Geneva under the auspices of the Swiss School of Archaeology in Argolis, Peloponnese. The settlement, located at a depth of 1m up to 3m, covers an area of around 3 acres. It used to be fortified and located by the seaside. Archaeologists found rectangular and circular building foundations as well as paved streets. Furthermore, they have located part of the settlement’s fortification and at least three large horseshoe-shaped foundations attached to the wall line, possibly part of the fortification that may have been towers. 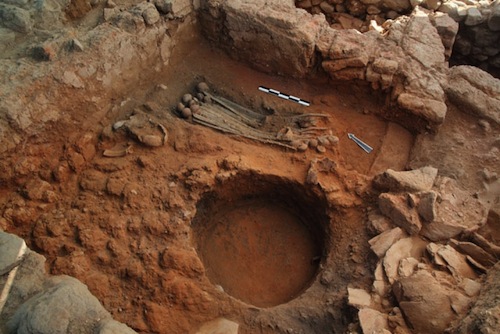 3. Archaeologists in Greece uncovered more Linear B tablets over the summer of 2015, during an excavation in the newly found Mycenaean palace in Laconia. According to the archaeological team, it was almost certain that they would find further tablets, while they were also able to estimate that the documents were written in the 14th century, thus making the documents older than the ones found in Pylos. The archaeological research was described by the Greek Ministry of Culture as one “of the most important systematic excavations in Greek Protohistory.” 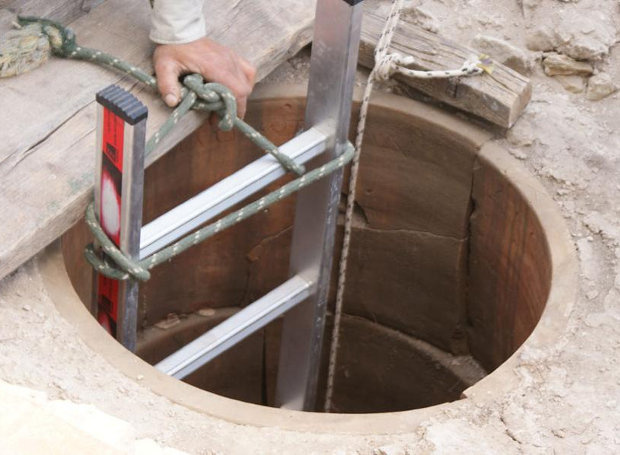 4. The ancient Greek phrase “ΕΛΘΕ ΜΟΙ Ω ΠΑΙΑΝ ΦΕΡΩΝ ΤΟ ΜΑΝΤΕΙΟΝ ΑΛΗΘΕC” was found written on the mouth of a well that came to light during the latest excavations of the German Archaeological Institute at the archaeological site of Keramikos in Athens. The phrase seems to have been addressed to Apollo, the ancient Greek god of prophecy, while the well was probably used in some kind of hydromancy rituals during the early Roman times. This significant and unexpected discovery was made after an inverted marble was removed from the mouth of the well in the sanctuary’s courtyard, south of the famous “burial route.” 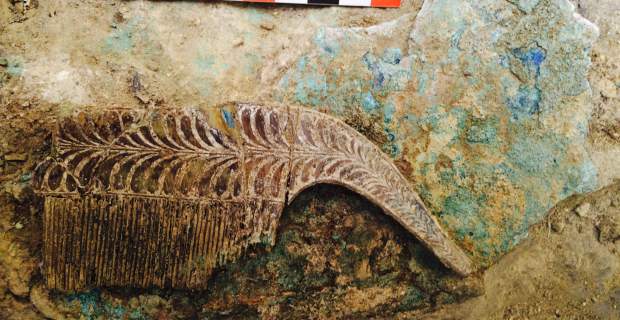 5. Archaeologists in Greece unearthed an intact Bronze Age warrior’s tomb, dating back 3,500 years, which is filled with more than 1,400 objects, including jewelry, weapons, bronze, silver and gold vessels. The Bronze Age tomb dates back to about 1500 BC and was discovered in Pylos, southern Peloponnese, by an international archaeological research team led by The University of Cincinnati. It belongs to a wealthy Mycenaean warrior and it is a great display of prehistoric wealth, according to the researchers.