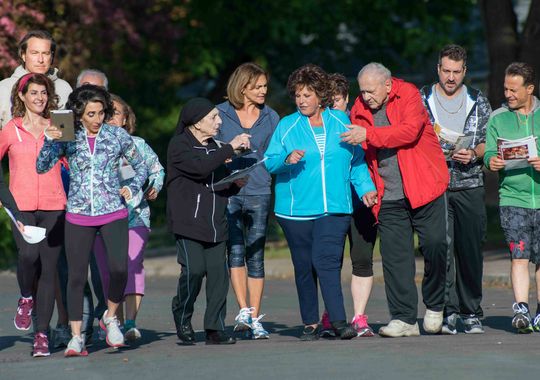 For those of you wondering which members of the Portokalos family will be returning to “My Big Fat Greek Wedding 2”, wonder no more, because the movie poster was just released and features plenty of cast members from the original film.

Main leads Nia Vardalos and John Corbett, along with newcomer Elena Kampouris who plays the Portokalos’ daughter, are front and center in the poster.

Michael Constantine and Lainie Kazan, who play Vardalos’ parents, are also back for the sequel, as is the beloved Aunt Voula (Andrea Martin) and the family’s old grandmother. Joey Fatone, Louis Mandylor, and Gia Carides round out the family this time around.

Many Greek-Americans are excited to see the promised cameos by Rita Wilson and John Stamos, because it is not yet clear what role they play in the film and when.

There are only about three months to go until the film’s release on March 25, 2016, so stay tuned for more news!