Students Awarded For Excellence in Ancient and Modern Greek Tests 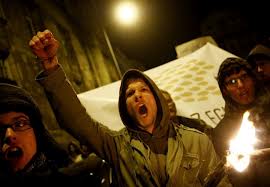 The Greek Orthodox Community of Melbourne and Victoria presented awards to the students who excelled in Modern Greek and Ancient Greek in Australia’s Victorian Certificate of Education test for 2015.

The VCE is the test high school students take to claim their diploma. The students that received the awards during the Community’s annual Christmas party attended Greek schools as well as non-Greek schools.

Robin Scott, Victoria’s Multicultural Affairs Minister, attended the award ceremony and praised the example the Greek community has given in performing voluntary service as well as the community’s importance in expanding Victoria’s multiculturalism.