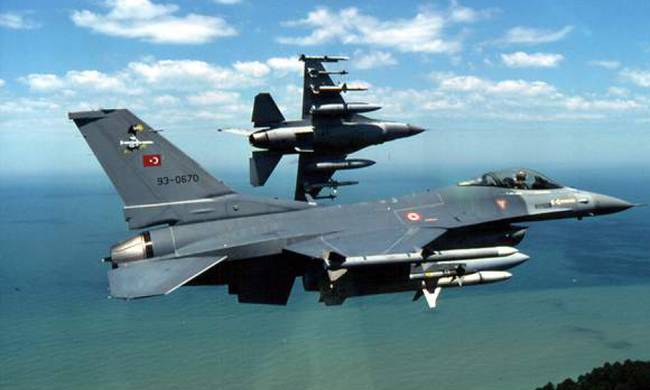 Six Turkish jet fighters violated Greek air space between the islands of Fournoi and Ikaria on Tuesday.
According to the Greek Air Force, the Turkish warplanes spent about 30 minutes in Greek air space. This is the 78th time Turkish pilots chose this area in order to enter Greek air space.
Specifically, at 15:01 a six F-16 formation entered the Athens Flight Information Region between the Lesvos and Chios islands. The formation broke up with four aircrafts flying over Fournoi at 15:25 and at 4,000 feet. At 15:27 the other two flew over Makronisi and Anthropofagoi islets at 8,500 and 8,200 feet respectively, and at 15:29 over Agathonisi at 8,100 feet.
The first four jet fighters left the Greek air space at 15:28 and the remaining two at 15:30, both from south of Samos island.
The Greek fighter aircraft intercepted the Turkish F-16 according to international rules and established practice.