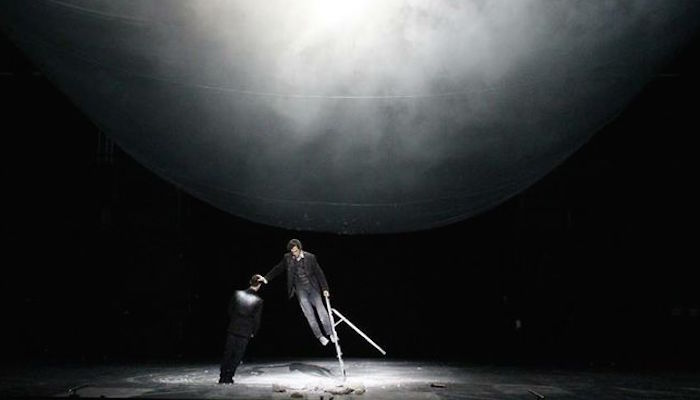 “STILL LIFE” visual performance, conceived and directed by Greek artist Dimitris Papaioannou, and produced by 2WORKS with the support of the Onassis Cultural Centre in Athens, will travel across the world, sponsored by Aegean Airlines, from October 7, 2015 through March 31, 2016.
Papaioannou’s latest project draws inspiration from the Greek mythological figure of Sisyphus, who was condemned by the gods for his deceitfulness and self-aggrandizing craftiness to the endless and futile task of rolling a rock up a hill, only to watch it roll back down, repeating the action for eternity.
Dimitris Papaioannou’s piece offers “a condensed idea of Greece, in between the modern world and its past, its political reversals and its primordial myths,” said of the recent reviewers of the performance.