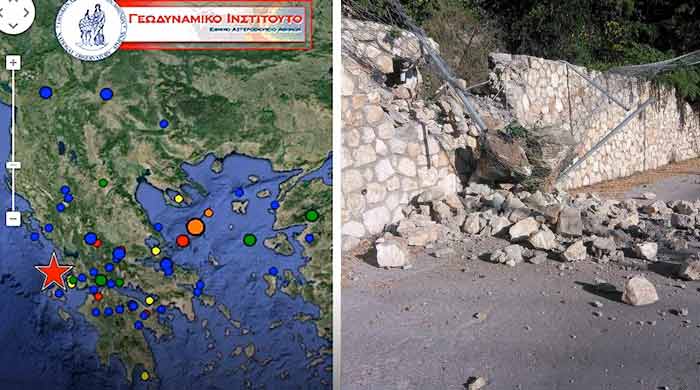 A strong earthquake measuring 6.1 points on the Richter scale shook the island of Lefkada, Greece, at 9:10 am on Tuesday, leaving two woman dead and several building damages.
The earthquake occurred 18 kilometers west of the island and it was 5 kilometers deep in the Ionian Sea, according to the Athens Geodynamic Institute.

A 60-year-old woman was killed by a falling boulder on the stable of her house in the village of Ponti Vassiliks. Another woman was killed at the Athani village, reportedly from a collapsed electric company pole. 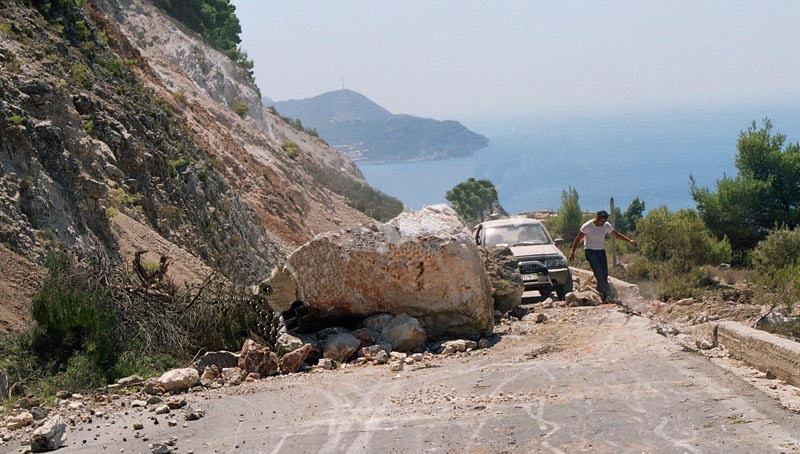 In the Karya village power and telephone lines have been cut and damages are not estimated yet. The Lefkada hospital was evacuated in fear of after-tremors. Dozens of buildings were damaged.

The tremor rekindled memories of the destructive earthquake of 2003. It was felt in northern Peloponnese and the rest of the Ionian Sea islands, especially Kefalonia and Ithaca. It was also felt in Greece’s capital.
In January 2014, a series of strong earthquakes on the island of Kefalonia damaged hundreds of homes and injured more than a dozen people.
Earthquakes have historically caused widespread damage across central and southern Greece, Cyprus, Sicily and other neighboring regions.