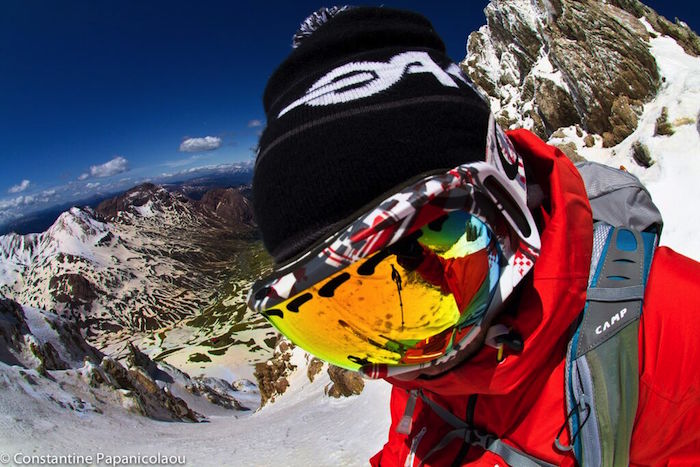 With so much negative news coming out of Greece in the last few years, it’s a nice change of pace to talk to young Greeks and Greek-Americans who are trying to do something positive for the country.
We interviewed Greek-American filmmaker Constantine Papanicolaou about his work with skiers and snowboarders in the making of his new film “Frozen Ambrosia”- A Winter Adventure in Greece. Papanicolaou wants to bust the myth that Greece is not a winter destination, and shows us scenes of a beautiful and underappreciated side of the country.
Read below to find out a little more about filmmaker Constantine, the winter “scene” in Greece, as well as what films and images like these can do to help combat the negative Greek image and current crisis.
“Frozen Ambrosia” has already been shot, but still needs funds for its post-production. If you want to support the movie, donate at “Frozen Ambrosia”‘s Kickstarter page.
What motivated you to film “Frozen Ambrosia”?
I had the idea for this film going for a while, because I was aware that there were some skiers in Greece and I had started to learn about the scene there, but what motivated me to actually go for it was the situation with the crisis.
I have a very Greek name (Constantine Papanicolaou), and every time I show my ID or credit card, I feel like I’m always answering questions about it. I was getting so many questions that were crisis-related and it just started getting really annoying. You see this steady non-stop stream of negative stuff in the media, and that was really the big thing that just pushed me to say, yeah, I really want to do this film.
Another thing is that I never really learned to speak Greek when I was a kid, because I didn’t grow up in a Greek community, and my mom is an American so I am only half Greek. I tried lessons, but realized the only way I’m going to learn to speak Greek is by going over there.
These three things all came together, and it made sense to me to start this production.
What have you done as a filmmaker?
I mostly do ski and snowboard films. I’ve worked with many of the big companies and pros, and have traveled to major destinations all over the world.
How was this project different for you?
The first thing you’ll notice that’s different is that there are no sponsors or pro skiers of any kind involved. Going this direction was difficult, but I didn’t have a choice. Had I taken on a bunch of corporate sponsors, it would have quickly turned into a film with a bunch of foreign guys skiing in Greece. I didn’t want that. I wanted to get Greek skiers to show off their country. To keep it 100% Made in Greece.


So how was it working with this group of Greek skiers and snowboarders?
It was great. They may be less known but they’re just as passionate for skiing and snowboarding. When you see them in the film, it’s not as perfect, but you can feel their excitement much more.
It helped that some of the guys spoke good English. Of course not everyone did, and some guys spoke Greek in their interviews. Editing the movie I definitely had to learn Greek. I didn’t learn a ton, but I can now speak pretty well even if its broken Greek.
Where there any challenges during filming?
The single biggest stumbling block for this film in Greece is that Greeks don’t approach the mountain situation the way Northern Europeans or Americans would. It’s not this idea of “conquering the mountain”, it’s not as aggressive, it’s more about the company and having a good time.
So some days I would be there 8 in the morning saying “let’s go, let’s go”, and eventually we would do something, but it wasn’t like the top priority; the main objective was to spend quality time with good company.
In the end I actually really grew to appreciate that more, because I feel like it’s a consistent attitude across Greece, and maybe there’s a misunderstanding by Americans and Northern Europeans towards it. Because it’s not that Greeks aren’t going to do it, it’s that they will take their time about it. And I kind of love that, because you end up overall having a better quality of experience.
What was your connection to Greece growing up?
My pappou and yiayia are from Patra and my dad came to the US when he was 18, so that was a long time ago. I would usually spend a month or so every summer in the area around Patra, going with my father and to visit my grandparents, so I was always in their orbit.
This is the first time that I was able to create my own situation, and it definitely made for a very different experience. When I was hanging out with these ski guys it was interesting, because I’m very American, but I had all this Greek stuff that would start coming out randomly and the guys would laugh. They still referred to me as the “American”, but I liked that at the end, I thought it was kind of cool.
So you got to see a different side of Greece. Did anything about it surprise you?
Well I realized that a lot of the stuff you see in the media is false; you get this stereotype, this perception that Greeks are behind by 20 years or something. I was surprised hanging out with these guys in the mountain areas, I felt that in many ways they were actually ahead.
For example, the way they’re doing skiing and snowboarding, this idea of hiking up the mountain, everyone is doing it there because they have to do it in Greece. And it’s starting to catch on here in the US where everyone is talking about climate change and sustainability. In Greece they’re already ahead of the game and ahead of the trend.
What do you hope people get out of your film?
Like I said, it bothers me a lot when I see this negative stuff coming out about Greece, and what’s going on with these skiers and snowboarders over there is a really positive story, it emphasizes a lot of things you never hear about, because you’re always hearing just about one bad thing after another.
Here is this group of guys that is really inspirational, Greeks that are doing things on their own and are not waiting for someone to give them a ride up the hill. So I hope that people will watch this and see a side of Greece that isn’t usually shown in the media.
I also hope that people realize that mountain tourism is a real thing in Greece; tourism is low-hanging fruit for Greece since it’s already a very amazing place that knows how to do tourism, so here’s something that’s a new thing to plug into that. There’s no reason to not just start promoting and marketing that side of the country.
Hopefully people will get excited by this, seeing Greece in a different light, and will go for winter vacations.
Help finish the movie at Frozen Ambrosia’s Kickstarter. 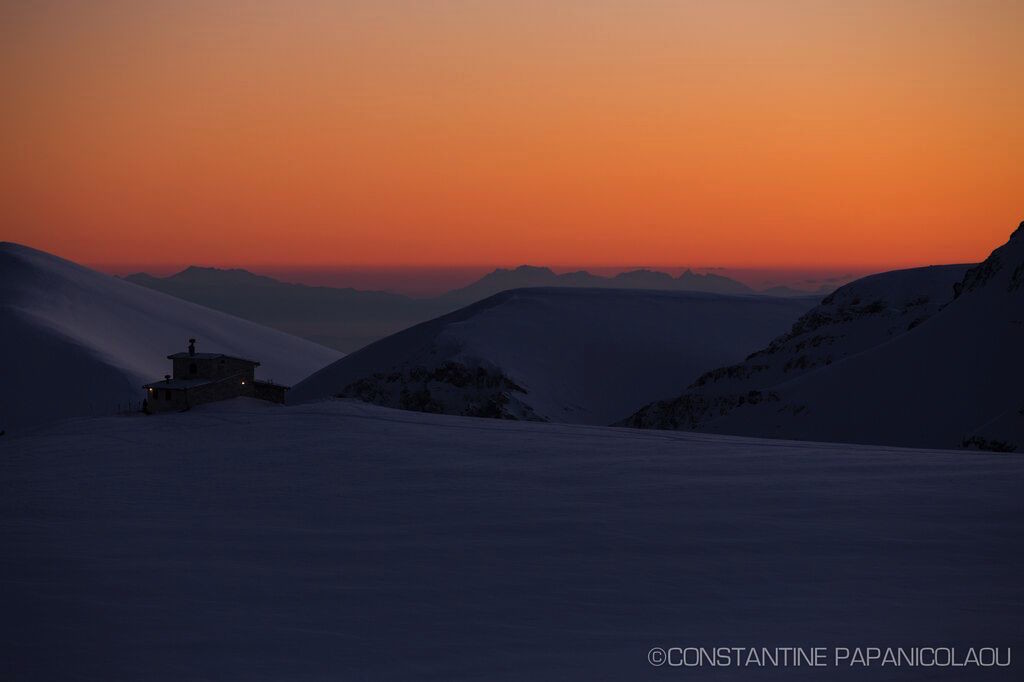