Celebration for the Greek Immigrant Monument in Melbourne 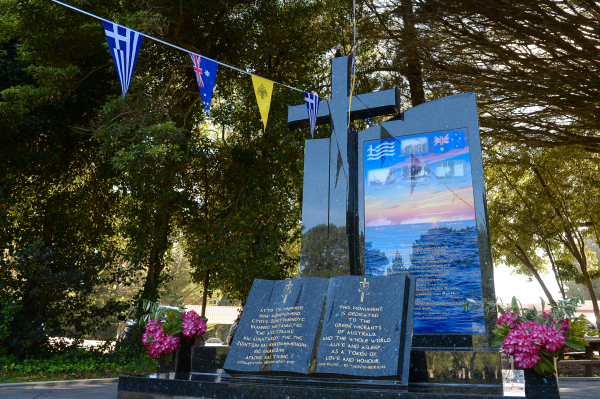 A special event, dedicated to all Greek migrants, was held on Sunday, November 8 in Red Hill, Melbourne and specifically in the Monastery of Kamariani, where the Greek Immigrant Monument was revealed two years ago. After the Divine Liturgy, a memorial service for the deceased migrants took place, followed by a performance by Demosthenes Manasis’ dance group.

Papa-Lefteris, the monastery priest was visibly moved after wreaths were laid at the monument and the Australian and Greek national anthems were played. “For all of us here, this day is comparable with a National Holiday. During the sunset of my life and with the divine grace of Our Lady, I wanted to build a monument for all Greek immigrants around the world that had to leave our beloved homeland and migrate. Regardless of where we migrated, however, we contributed to the development of each country. Especially here in this country, Greeks prospered and spread our culture. I am therefore very happy that we are all here today, for the third consecutive year, to honor all Greek immigrants living and deceased across the world,” he said.