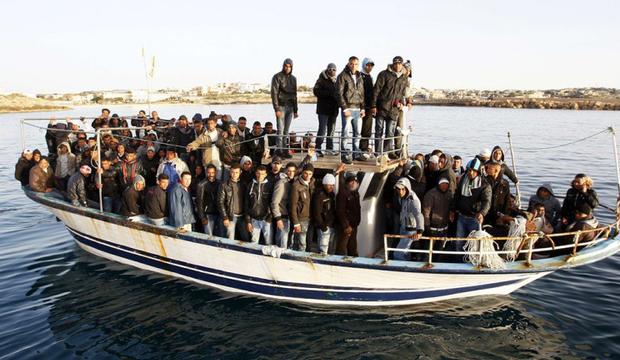 The daily influx of migrants and refugees into Europe is not likely to stop anytime soon, despite the worsening weather conditions, a new United Nations High Commissioner for Refugees report predicts.
The UNHCR foresees 5,000 people crossing from Turkey to Greece on a daily basis between November 2015 and February 2016 amid storms and freezing temperatures.
“Harsh weather conditions are likely to exacerbate the suffering of the thousands of refugees and migrants landing in Greece and travelling through the Balkans, and may result in further loss of life if adequate measures are not taken urgently,” UNHCR spokesperson William Spindler said.
Since the beginning of the year more than 760,000 people have arrived in Europe, particularly Greece and Italy, Reuters reports. More than 600,000 of these people have arrived in Greece according to the UNHCR. The organization further notes that 3,400 people have lost their lives during their effort to reach Europe this year. 200 of these individuals tragically perished while trying to cross from Turkey to Greece.
In the face of this anticipated winter phenomenon, the UNHCR is trying to raise just over 96 million dollars to assist those making this hazardous trip as well as the countries that will be receiving them.
“The plan focuses on putting in place measures to support affected countries such as Croatia, Greece, Serbia, Slovenia and the FYROM, in order to avert the risk of humanitarian tragedy and loss of life during the winter months,” Spindler noted on the plan.
The “Winterization Plan for the Refugee Crisis in Europe” as it is being called includes the provision of tents, refugee family units, and heated tent like structures to these countries. It will also improve existing facilities to protect those inside from the winter’s weather conditions.
The UNHCR could possibly assist with transporting migrants and refugees to reception centres if the local authorities are unable to carry out this task. Clothes and other items will also be allocated to the people who need them.
The additional 96 million dollars the UNHCR is asking for brings the total requested amount for the refugee crisis to 172,724,529 dollars.