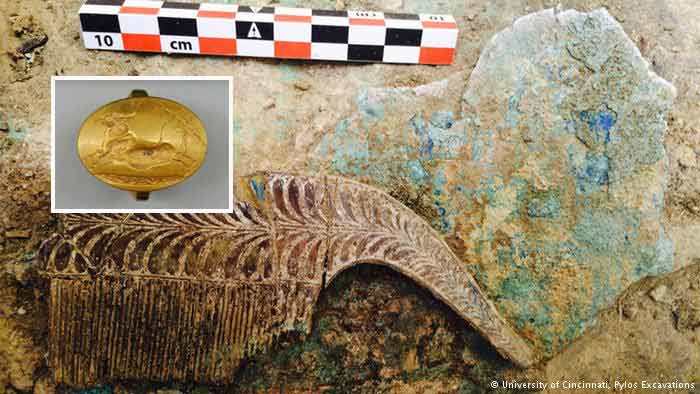 A heavy gold chain with three beads placed asymmetrically along its length and sea shells beneath the skeleton that will allow very accurate dating, were just some of the noteworthy finds uncovered by archaeologists Jack Davis and Sharon Stoker in a 3,500-year-old grave near Pylos, in the extreme southwest of Greece.
In a meeting with Greek Culture Minister Aristidis Baltas on Wednesday, the two archaeologists said the grave was probably that of a male warrior aged 30 to 35, or possibly a priest. They said no other information was currently available, such as the cause of death, because the skeletal remains had yet to be fully examined.
“He must have been a warrior, he could have been a priest. In antiquity, the same person could become a warrior, it could be a king or priest, depending on the season and the role that he had, month to month. We cannot assign a single role to the man in the grave,” Dr. Davis said.
(Source:ANA-MPA)