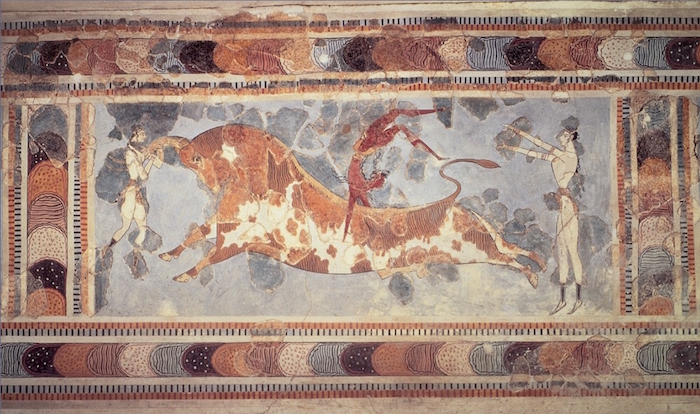 “The first advanced Bronze Age civilization of Europe was established by the Minoans about 5,000 years before present,” the new article, entitled “A European population in Minoan Bronze Age Crete,” that was recently published in the peer-reviewed open access scientific journal Nature Communications reads, suggesting simultaneously that the Minoans were indigenous Europeans.

Although several archaeologists and other scientists have speculated on the real origin of the Minoans proposing various claims in the past, the new study that was conducted under the guidance of George Stamatoyannopoulos proposes a more realistic approach that came to light after serious and in-depth analyses.

The researchers cooperated in analyzing the mitochondrial DNA (mtDNA) extracted from the teeth of 37 individuals that were buried around 4,400-3,700 years ago in a cave on the Lassithi plateau of Crete. Then, they decided to compare the frequencies of distinct mtDNA lineages (haplogroups) with similar data from 135 other populations, refuting Sir Arthur Evans’ preponderant hypothesis that the Minoans’ origins can be found in North Africa.

“Minoans show the strongest relationships with Neolithic and modern European populations and with the modern inhabitants of the Lassithi plateau,” the study concluded reinforcing “the hypothesis of an autochthonous development of the Minoan civilization by the descendants of the Neolithic settlers of the island.”