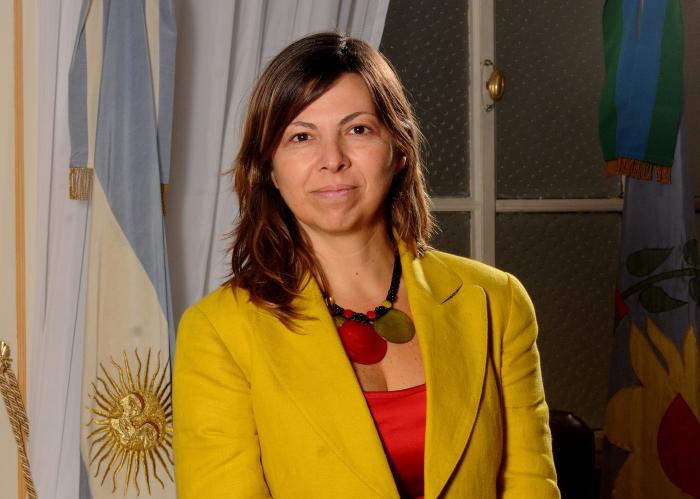 Daniel Scioli, the ruling party candidate who leads in the polls ahead of Argentina‘s presidential elections on October 25, said on Thursday he would appoint Silvina Batakis economy minister if he wins.

Batakis, who has been economy minister of the Buenos Aires province since 2011 under the governorship of Scioli, has managed to post a surplus in 2013 and 2014, after several years of deficits. She achieved that by implementing tax reforms. That has prompted Scioli to call her the “Good Greek,” referring to her cultural origin.

“Silvina has done a formidable job because the province of Buenos Aires seemed impossible, unviable,” Scioli said in an interview on Argentinian television, with Batakis sitting by his side.

The 46-year-old politician has studied economics at La Plata university and has a master degree in environmental economics from the University of York in the U.K.

Scioli is currently a candidate in the 2015 presidential election for the Front for Victory and is endorsed by current President Christina Fernandez de Kirchner. So far he is comfortably leading in the polls.