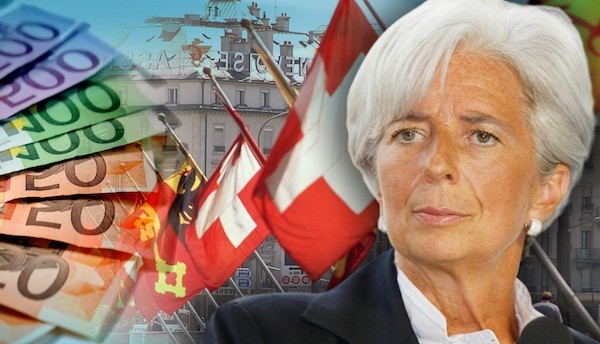 Investigations into the notorious Lagarde list, that includes names of Greek persons and businesses with deposits in Swiss bank accounts, has brought in approximately 80 million euros for the Greek state, according to Kathimerini newspaper.
Out of 1,275 people and business that have been associated with the list’s 2,062 bank accounts, 170 people have payed back the Greek state after investigations into potential tax evasion were launched by Greek prosecutors. Another 350 are still being investigated.
The report notes that 13.8 million euros were payed back after former Greek Deputy Finance Minister Nadia Valavani introduced a law that implemented a new adjustment scheme for payments owed by individuals and businesses to the Greek state.
Controversy surrounded the list back in October 2012 when Greek journalist Kostas Vaxevanis published the names on the list. The file takes its name form International Monetary Fund chief Cristine Lagarde who compiled the list and delivered it to the Greek authorities in 2010, when she was France’s Finance Minister.

Zoe Kazan to Star in New Movie on Weinstein Scandal

Cryptocurrencies Tumble as Trump Says Bitcoin is a “Scam”