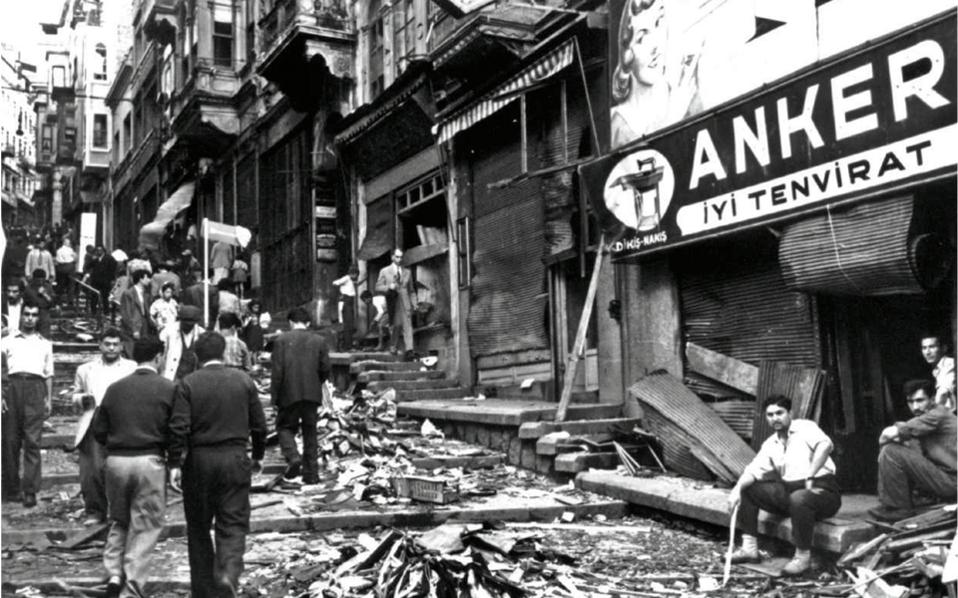 The book focuses on the Istanbul pogrom and documents the violent riots that the Greek community faced in the city in September 1955, through the reports of Kalumenos who was imprisoned and exiled when authorities found out he was keeping a record of the riots.

The Istanbul pogrom, also known as the Istanbul riots or September events, was organized mob attacks directed primarily at Istanbul’s Greek minority on September 6 and 7, 1955. The pogrom greatly accelerated emigration of ethnic Greeks from Turkey, and the Istanbul region in particular. The Greek population of Turkey declined from 119,822 persons in 1927, to about 7,000 in 1978.

The book, edited by journalist Serdar Korucu with contributions from Laki Vingas, the first representative of the Foundation of Minorities, contains a rare collection of never-before-seen photographs, marking the 60th anniversary since the Istanbul pogrom of 1955. This will the first time that Dimitrios Kalumenos’ work will be published in Turkey.

The book will feature 60 shots of destroyed Greek Orthodox churches and cemeteries that the journalist was able to access with the help of the Patriarchate’s present photographer Nikolaos Manginas, as well as Kalumenos’ daughter in Athens.