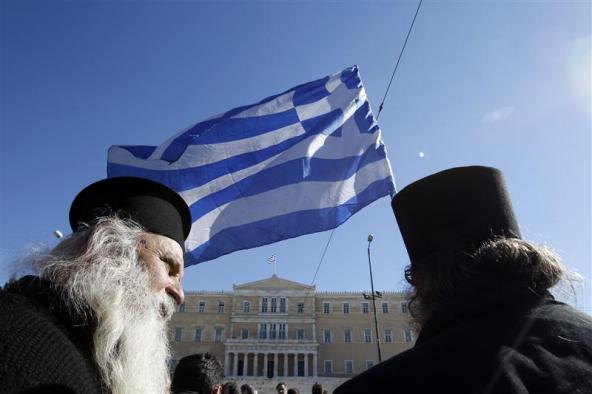 Interim Economy Minister in Greece’s caretaker government; Nikos Christodoulakis spoke with Ieronymos II; the Archbishop of Athens and All Greece, on Tuesday, assuring him that he had never planned or even considered imposing additional taxes on the Church.
Christodoulakis said there was no basis to impose additional taxes. This is seemingly in response to Christodoulakis recent public comments about alleged tax privileges the Greek Orthodox Church was receiving. The Greek Holy Synod, the Orthodox Church’s supreme committee, was quick to react, issuing an official response to Christodoulakis’s comments.
“First of all, the reproduction of the urban myth that ‘the orthodox Church is not being taxed or has tax privileges’ from the country’s finance minister himself, is questionable,” the Church’s announcement reads.
During Tuesday’s conversation between the two leaders, the minister also spoke of the importance of the social and humanitarian work done by the Church, both for the Greek state and in his personal life, especially in times of crises.
(source: ana-mpa)