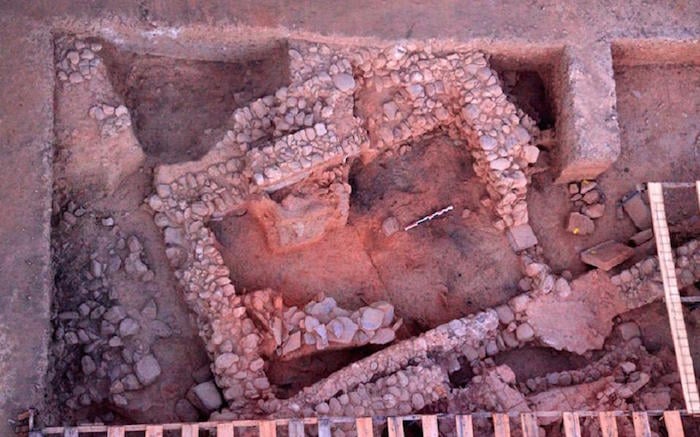 Archaeological excavations, carried out since 2009 at the 3.5 hectares site of Aghios Vassilios Hill near the village of Xirokambi on the Sparta plain, unearthed the remains of a Mycenaean palace, Linear B tablets and seals, fragments of wall paintings and bronze swords, shedding light on the life in the area during the 17th to 16th centuries BC.
Emeritus ephor of antiquities Adamantia Vassilogrambrou leads “The Aghios Vassilios Archaeological Project,” while the Bronze Age settlement that is thoroughly examined is believed to have been razed by fire in the late 14th or early 13th century BC.
According to a Greek Culture Ministry statement, the written testimonies discovered in the area constitute the most valuable findings of the whole excavation process, as they are a part of the realm of the Greek Prehistoric Era, for which very little physical evidence exists.
The Ministry noted in its announcement: “The palace complex of Aghios Vassilios provides us with a unique opportunity to investigate, with the use of modern excavation and analysis methods, the creation and evolution of a Mycenaean palatial center in order to reconstruct the political, administrative, economic and social organization of the region. Alongside, it is estimated that new evidence on Mycenaean religion, linguistics and paleography will also be brought to light.”