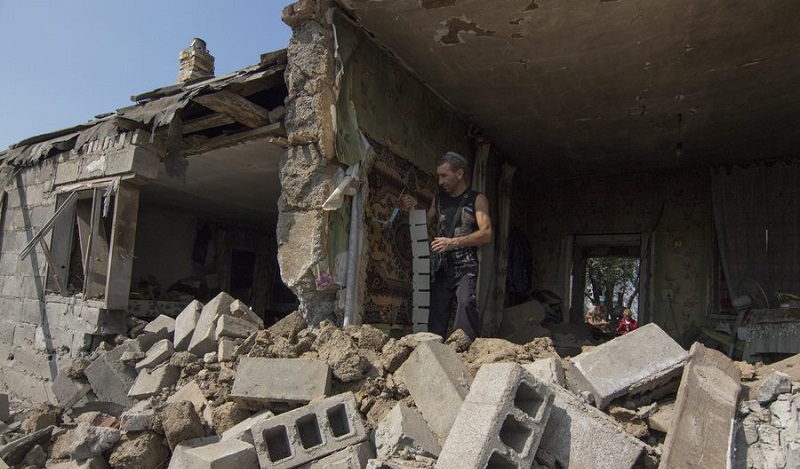 The story of Sartana – a Ukrainian town near Mariupol, Ukraine mostly inhabited by members of the Greek community – has not been widely heard. The town located 10 km from Mariupol was bombed and the destruction shows the magnitude of the humanitarian disaster that has hit the region.

“There were some major bombings in the village. Our investigations have shown that 54 houses were severely damaged, while five were completely destroyed. Two people were killed and six were wounded,” said the head of the municipal council Stepan Makhsma. Local authorities also noted that the two deceased were a man and a woman, while a child and another woman were among the injured.

“We are concerned by the recent days’ developments, which strongly resemble a preparation for more military action,” said the Russian Foreign Minister Sergey Lavrov accusing Kiev of violating the truce terms.

In Sartana, near the Azov Sea coast, the majority of inhabitants have Greek roots, while most families moved to the area around the late 18th century. The town has often been targeted with heavy firearms and civilians are never safe in the area.