GRNews
GreekReporter.comGreeceUN: 160,000 Seaborne Migrant and Refugee Arrivals in Greece in the Past...

UN: 160,000 Seaborne Migrant and Refugee Arrivals in Greece in the Past 7 Months 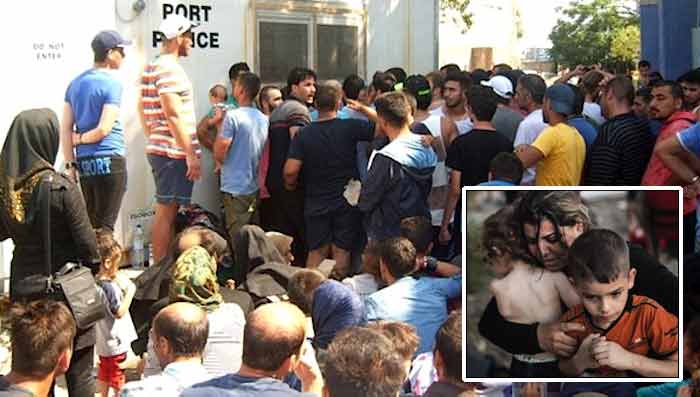 The United Nations High Commissioner for Refugees (UNHCR) announced on Monday that 20,483 seaborne immigrants arrived in Greece between August 8 and August 14.
To put this number in perspective, in 2014, 43,500 migrants and refugees entered Greece through the sea.
By the end of July, the United Nations had estimated that over 120,000 refugees and migrants had traversed the sea to get into Greece. Since then, that number has further skyrocketed.
“The latest figures compiled by UNHCR show the number of sea arrivals from January 1 to August 14, 2015, to be 158,456. During the same period, 1,716 refugees and migrants entered Greece through its land border with Turkey, bringing the total number of arrivals (sea and land) to 160,172,” the press release quotes UNHCR spokesperson William Spindler as saying in a Geneva press briefing.
The UN reports that the total number of migrants and refugees that have entered the European borders through the Mediterranean in 2015 is 264,500. The second highest recipient of migrants and refugees is Italy with 104,000 arrivals.
Spindler also pointed out that Greece and the European Union must increase their efforts to deal with this crisis.
“The reception infrastructure, services and registration procedures both on the islands and on the mainland need to be urgently strengthened. We are recommending Greek authorities to designate a single body to coordinate an emergency response and set up an adequate humanitarian assistance mechanism. European countries should support Greece on these efforts. UNHCR is working to support the Greek authorities,” he said.
Island of Leros Swamped By New Arrivals
The Guardian also reports that Leros, a small island with a population of almost 8,000, has had 2,500 illegal migrant arrivals within the past three weeks.
The Greek islands of the eastern Aegean have been the main entry points of this unprecedented influx with police and coast guard largely understaffed to handle the issue.
“Eleftherios Venizelos” Ship Departs for Athens
Passenger ship “Eleftherios Venizelos” departed from the island Kos on Tuesday with 2,200 Syrian refugees. The Greek government has offered the ship for approximately 15 days.
Last week, Kos had an estimated 8,000 migrants and refugees. Following various mass departures from the island to Athens, the number has decreased significantly, according to Greek media. However, hundreds of new arrivals from Turkey are being reported each day.