GRNews
GreekReporter.comGreek NewsArtGreek Documentary About Crisis to Be Screened in Canberra

Greek Documentary About Crisis to Be Screened in Canberra 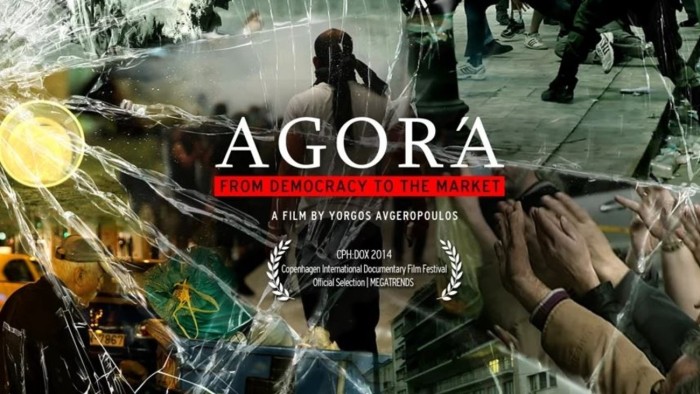 A screening of the Greek documentary “Agora” by director Yorgos Avgeropoulos has been scheduled to take place in Canberra, Australia, on Sunday, August 2, at 4:00 pm, at the Aegean Room of the Hellenic Club Woden.

Avgeropoulos’ “Agora” documents the evolution of the Greek financial crisis since its early stages, while also depicting its impact on the lives of ordinary people from all social classes.

It records the reactions of people on the street, the rise of fascism and solidarity movements, and the numerous protests in the streets of every city, while seeking answers from important political figures of the country, as well as insiders, analysts and key decision makers from the international political scene.

After 13 years of ongoing reporting and documenting global issues worldwide, Avgeropoulos turned his camera toward his homeland.

Avgeropoulos is a Greek journalist and documentary filmmaker, born in Athens, in 1971. He has worked for Greek television stations covering news stories in Greece and major events across the world. He has also worked as a war correspondent in Bosnia, Croatia, Iraq, Afghanistan, Kosovo and Palestine. In 2000, he created the documentary series “Exandas” that has won many awards in film festivals and documentary festivals in Greece and across the globe.