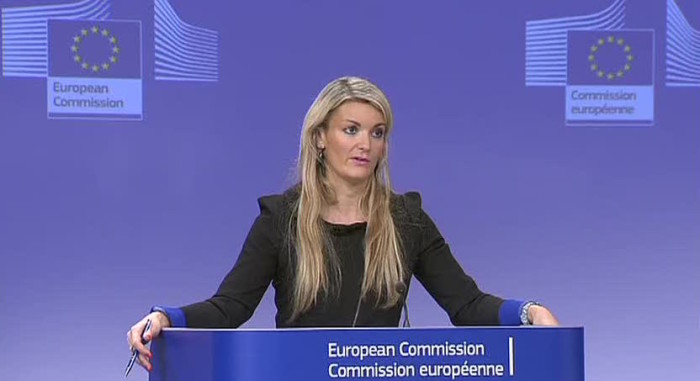 The European Commission flatly denied on Tuesday claims by former Greek Finance Minister Yanis Varoufakis that creditors monitoring Greece’s bailout also control the country’s tax agency.
The Former Minister also blamed the Eurozone’s structure and policies for Greece’s large sovereign debt.
“On what Mr Varoufakis has been saying, the allegations that the Troika was controlling the general secretariat of public revenue are false and unfounded,” European Commission spokeswoman Mina Andreeva told a news briefing.
“The general secretariat of public revenue is a quasi-independent entity, responsible for tax administration, that is formally part of the Finance Ministry,” Andreeva explained.
“The Commission and IMF only provide technical assistance to the tax administration but certainly do not control [the agency],” she added. “Alleging that the Troika would be controlling the secretariat… is simply not true.”
Following his resignation on July 5, Varoufakis has made a series of extravagant statements, including a plan to hack Greek taxpayers’ accounts and create a parallel transaction system along with trying to return Greece to a national currency. Varoufakis has received a lot of fire from opposition parties for his statements and two Greek citizens filed lawsuits against him that the Supreme Court brought to the Greek Parliament.
According to Varoufakis, the scheme had to work in secret because the Greek tax agency “is fully and directly controlled by the Troika.”
“It was not under the control of my Ministry… it was controlled by Brussels. The general secretariat is appointed, effectively, through a process that is Troika-controlled and the whole mechanism within,” he said.
“I don’t think the Commission will engage into looking at any conspiracy plans,” the European Commission spokeswoman said when asked about Varoufakis’ accusations.