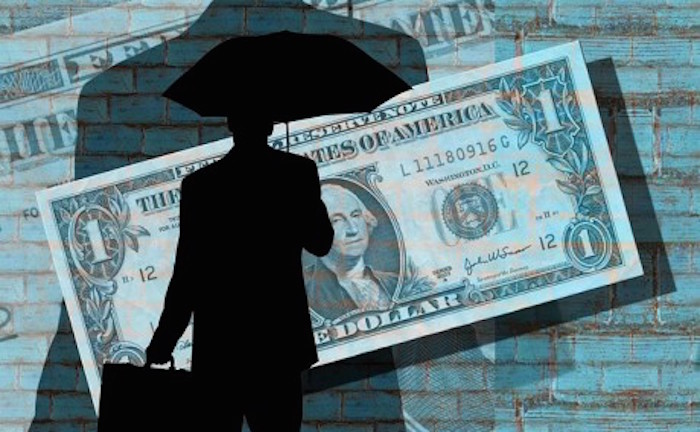 Blatant corporate and personal tax evasion contributed to Greece’s debt crisis, but it’s dwarfed by the tax avoidance of U.S. multinationals operating in countries like Australia.
There’s a popular misconception that Greece’s debt crisis was self-inflicted.
‘The Greeks are a bunch of tax evaders! They should never have been allowed into the EU in the first place.’
‘If the Greeks just stopped shirking their tax obligations and payed their fair share like everyone else does, then their economic problems would be fixed.’
These kinds of misinformed, over simplified explanations are at best furphies, at worst racist.
We are not here to make excuses for tax evasion in Greece. While the country struggles more than others to get its people to pay taxes, this isn’t a major contributing factor to the debt crisis. As is the case in most countries, in Greece, the majority of tax is collected from a minority of taxpayers – the very wealthy.
One in four Greeks who are actively seeking work are unemployed. If you include the one in five people who are either above the retirement age or below the employment age, the actual number of unemployed people in Greece is closer to two in three. Subsequently, the base of potential taxpayers is very low. And for those who are working, their income is likely too low to make a real difference to the debt crisis.
Some have suggested collecting more corporate tax is the answer. However, as much as 40% of Greece’s GDP is generated by state-owned enterprises, so the resulting net benefit to the economy is likely to be negligible. A tax crackdown on individuals and corporates in Greece might be a good thing, but it’s no silver bullet.
Legal but ethically shifty
When it comes to taxation law, tax avoidance is legal, but aggressively pursuing every conceivable avoidance measure is ethically dubious. To that end, it’s worth considering Greece’s tax evasion in light of widespread tax avoidance by multinational corporations.
The challenge with taxation legislation is that it is highly contestable. What auditors are willing to accept as fair game is often determined on a case-by-case basis depending on the size of the deduction in question and the combination of deduction methods exercised by a company.
There are ways of reducing tax that are encouraged and ethically sound. This includes claiming deductions for research and development, and capital allowances. Then there are legal methods commonly used by multinational corporations to circumvent tax legislation you may consider ethically questionable. These include:
Aggressive tax planning – a company undertakes activities to maximise deductions. The accountant considers the likelihood of the tax return surviving a tax audit.
Transfer pricing – a company sells its products below market price to a wholly owned subsidiary registered in a tax haven. This lowers the income tax payable in the high-tax location.  The subsidiary on-sells the products at market price to the final user with the profit being realised in the tax haven where no tax is paid.
Thin capitalisation – a subsidiary located in a tax haven (like Ireland), loans high levels of funds to another subsidiary in a high tax country (like Australia). The interest paid by the subsidiary in Australia is tax deductable, while in Ireland, the subsidiary becomes income on which little or no tax is paid.
What does ruthless avoidance look like in practice?
The size and scope of tax avoidance by U.S. multinationals is well documented. It would seem that the U.S. is a country where high order tax avoidance is worn as a badge of business acumen.
Between 1993 and 1999 the scale of corporate under-reporting in the U.S. doubled to an estimated US$14.5 to US $18.4 billion.
U.S. federal revenues are currently at an all-time low of 15% of GDP, compared to an historic average of over 19%.
U.S. corporations now contribute only 9% of U.S. tax revenue, down from 12% in 1996. Meanwhile, U.S. based multinational corporations have amassed over $1.9 trillion in profits in offshore tax havens. This is an increase of over 400% in the last decade.
The morality battle: evasion vs. avoidance
The European Commission recently deemed tax avoidance a business strategy that discredits a company’s corporate social responsibility ranking. And the international group Tax Justice Network was established specifically to identify companies that avoid an unreasonable amount of tax. It maintains that tax avoidance is more harmful than tax evasion because the amount of tax not paid by way of unscrupulous avoidance tactics is many times greater.