GRNews
GreekReporter.comGreek NewsEconomyWhat Tsipras Had Stated About the Greek Referendum in 2011

What Tsipras Had Stated About the Greek Referendum in 2011 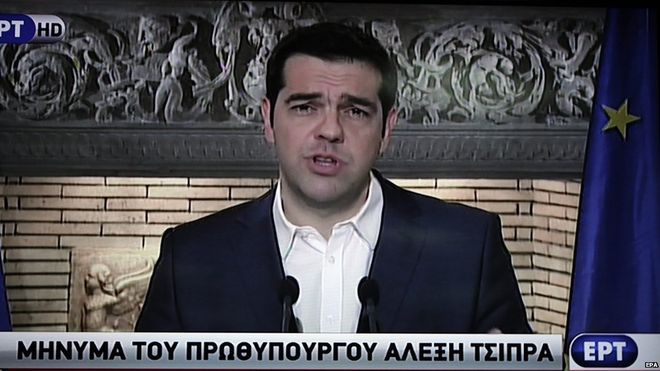 Although Greek Prime Minister Alexis Tsipras has already called for a referendum on whether Greece should accept the creditors’ demands, the SYRIZA leader had a different opinion about such a tactic back in October 2011.
When Tsipras was asked by Greek journalist Nikos Chatzinikolaou about Greek PM George Papandreou‘s announcement of a referendum in Greece, he replied: “You know better than me that if the Greek Prime Minister himself tries to have the people face such dilemmas, the real default will be inevitable, and the Greek banks and the Greek economy will collapse before we even reach the voting booth. Just because of the possibility that the people may face such a dilemma, they might vote “No.”
The current Prime Minister of Greece had then accused Papandreou of despair and had characterized his announcement of a referendum as a “disaster for the Greek economy” and a “harbinger of bankruptcy,” considering it a trick used by the Greek government in its effort to buy more time in power. And he had come into the following conclusion: “The most democratic way of expressing the popular will is elections, not a referendum.”