The 7 Referendums in Greece's History 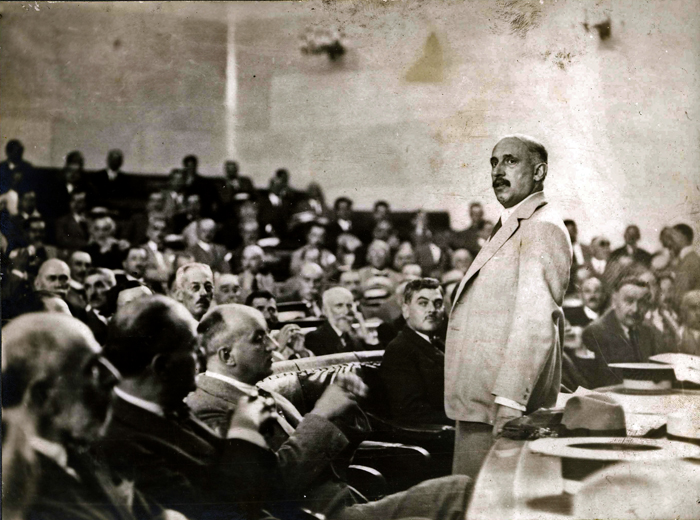 Greece has called for seven referendums over a period of 54 years (1920-1974). According to sansimera.gr, six of the referendums were related to the State while one of them to the approval of the Constitution. Three out of seven referendums were held by a dictatorship.
November 22, 1920
In November 1920, the Dimitrios Rallis government conducted a referendum on the return of King Constantine I.
April 13, 1924
In March 1924, the Greek Parliament adopted a resolution “on the abolition of Dynasty and the proclamation of the Republic,” which was submitted by the Alexandros Papanastasiou government. The resolution of the Parliament was put to a referendum, held on April 13. “Yes” garnered 69.78% of the valid votes and “No” 30.02%.
November 3, 1935
After the military coup of October 10, 1935, Georgios Kondylis became the Prime Minister enjoying the confidence of just 82 MPs. Immediately after, a referendum was called for November 3 and was later declared “illegitimate.”
September 1, 1946
The Dinos Tsaldaris government called for a referendum on September 1, 1946, for the return of King George II. 68.40% of the voters were in favor of the king’s return. King George II returned to Greece on September 28.
September 29, 1968
The military dictatorship called for a referendum to ratify the new Constitution, drawn up by a committee under the former President of the Council of State Charilaos Mitrelias and was approved by the cabinet. 92.10% of the valid ballots votes were in favor. The referendum was declared “illegitimate.”
July 29, 1973
The military government decided to abolish monarchy and establish a Presidential-Parliamentary Democracy. A referendum was called for to decide the new, amended Constitution. 78.4% of the electorate voted “Yes” and 21.6% “No.” Dictator Georgios Papadopoulos became the first President of the Hellenic Republic. This referendum was also declared “illegitimate.”
December 8, 1974
After the restoration of Democracy in Greece (July 23, 1974) and New Democracy‘s November 17, 1974, electoral victory, Prime Minister Konstantinos G. Karamanlis called for a referendum.