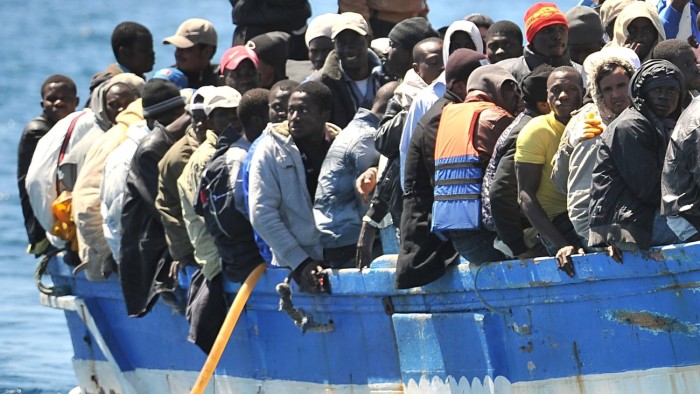 European Union leaders debated into the wee hours Friday at a summit in Brussels about how best to share in the handling of the continent’s migrant crisis.
EU members Italy and Greece are currently bearing the brunt of the responsibility as thousands of migrants fleeing poverty and war from North Africa and the Middle East are rescued weekly from rickety vessels in the Mediterranean Sea near the two countries coastlines. The Italian and Greek governments have been pleading for help.
EU member states agreed to a voluntary deal in which 40,000 migrants who made their way to Italy and Greece will be relocated to other European countries over the next two years. Officials said another 20,000 would be resettled. Interior ministers are expected to finalize the deal by the end of July.
German Chancellor Angela Merkel said “I believe the theme of migrants is the biggest challenge I have seen in European affairs in my time in office.”
“The fact we took hours to agree about the system to be set up obviously shows that Europe is not living up to the values it promotes in each and every occasion when it speaks abroad,” said European Commission President Jean-Claude Juncker. “It doesn’t matter if it is voluntary or mandatory, it is whether it can help 60,000 refugees.”
Italian Prime Minister Matteo Renzi said the agreement “could be much more ambitious.”
Thousands of migrants die in the Mediterranean crossing. Some pay human traffickers who often abandon them at sea.
(source: VOA)