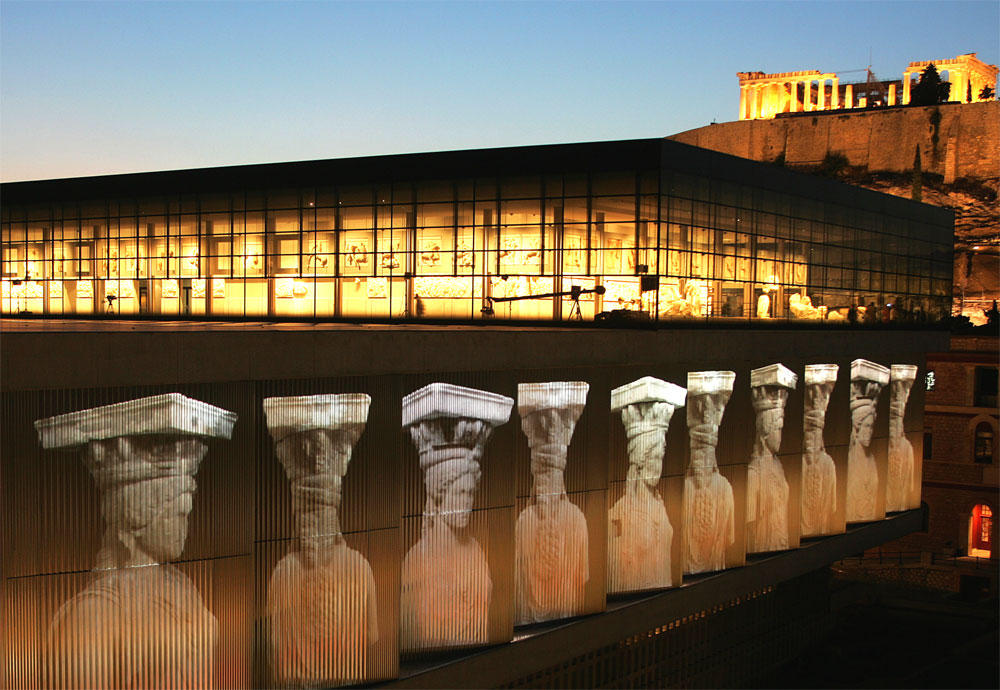 The Acropolis Museum in Athens, Greece, is becoming six years old today, June 20, and has already welcomed 8 million visitors from Greece and across the globe. The museum celebrates its birthday with a series of events.
Since June 20, 2009, the museum sees an average of 4,000 people walk through its doors each day. Athenians especially have embraced this architectural jewel that houses archaeological treasures from the Parthenon and the surrounding area.
The Acropolis Museum is the first archaeological museum that exclusively focuses on the findings of the archaeological site of the Acropolis of Athens. The museum was built to house every object found on the sacred rock of the Acropolis, covering a wide period from the Mycenaean times to Roman and Early Christianity. Its highlight is the famous Parthenon sculptures.
Only 280 meters separate the museum from the Parthenon, on the south slope of the hill. It was designed by Swiss architect Bernard Tschumi, who based his design on three axes: Light, movement and basic architectural principles.
Light: The museum heavily relies on natural lighting, as it exhibits mainly sculptures that require different lighting conditions than other types of museums.
Movement: The visitor’s route forms a three-dimensional loop, offering an architectural and spatial experience starting from the archaeological excavation to the Parthenon Hall and back.
Architecture: The museum is built around a core of concrete with the exact dimensions of the Parthenon frieze.
Since its opening, it has been featured in “most beautiful museums” lists and is considered to be one of the most important museums in Europe.
A series of events is scheduled, including exhibitions of archaeological findings from other parts of Greece. On June 20 it is the opening of the exhibition “Samothrace: The Mysteries of the Great Gods,” while in the evening there will be concerts by the Wind Instruments Philharmonic Orchestra and the Athens City Choir. Admission will be reduced to 3 euros for the day.