GRNews
GreekReporter.comGreek NewsEconomyVaroufakis Says He Is Against Deal, Disagrees With Negotiation Strategy

Varoufakis Says He Is Against Deal, Disagrees With Negotiation Strategy 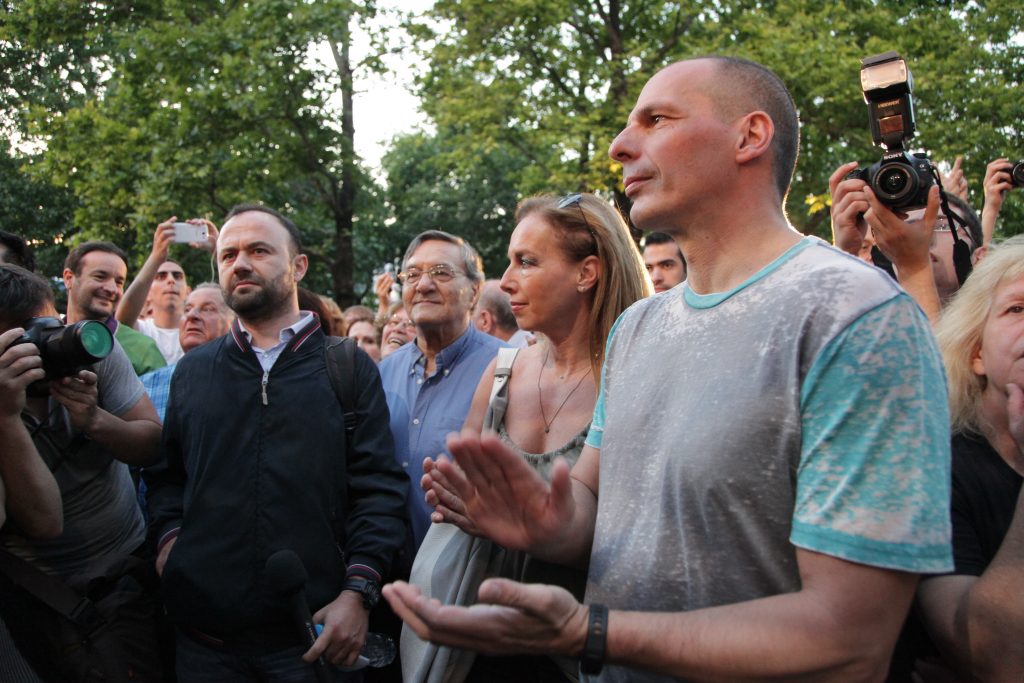 Greek Finance Minister Yanis Varoufakis has distanced himself from the SYRIZA party line saying in parliament that he disagrees with the negotiation strategy and would refuse to vote for a “misanthropic deal.”
Speaking in parliament on Thursday, Varoufakis distanced himself from the party leadership and the left platform. He said he disagrees with the strategy in negotiations on a political level. While Prime Minister Alexis Tsipras is under pressure to complete the agreement and has German Chancellor Angela Merkel and French President Francois Hollande on his side to accelerate procedures, Varoufakis stated that, “We do not endorse logically inconsistent and misanthropic agreements. People want an agreement but not allegiance to misanthropic nonsense that leaves us in the haze we live in the last five years.”
Then he expressed his disagreement with informal chief negotiator State Minister Nikos Pappas who leaked that the Greek government will accept to increase the primary surplus target to 1 percent in order to accelerate negotiations and close the deal, Varoufakis responded that ” we have not agreed in any case for 1 percent primary surplus.”
The finance minister further said that lenders “are part of the problem and not the solution and we will not endorse that. We do not set the next loan installment as a target and do not endorse logically discontinuous fiscal plans that will perpetuate the problem. If we endorse the closing of a deal that is not sustainable, in six or twelve months we will be back here and talking about blackouts.”
Varoufakis also distanced himself from the SYRIZA left platform. He said that, “it was never the government’s position that signing a gas pipeline deal with the Russians or a deal with the Chinese would give us leverage in negotiations or serve as an alternative solution,” adding that any agreement with third countries will not substitute an honest, sustainable deal within the European family.
Finally, Varoufakis received harsh criticism for not being at the finance ministry on Thursday evening after the International Monetary Fund distanced itself from negotiations over the Greek debt. Instead, the finance minister chose to be with his wife at the concert celebrating the reopening of national broadcaster ERT.