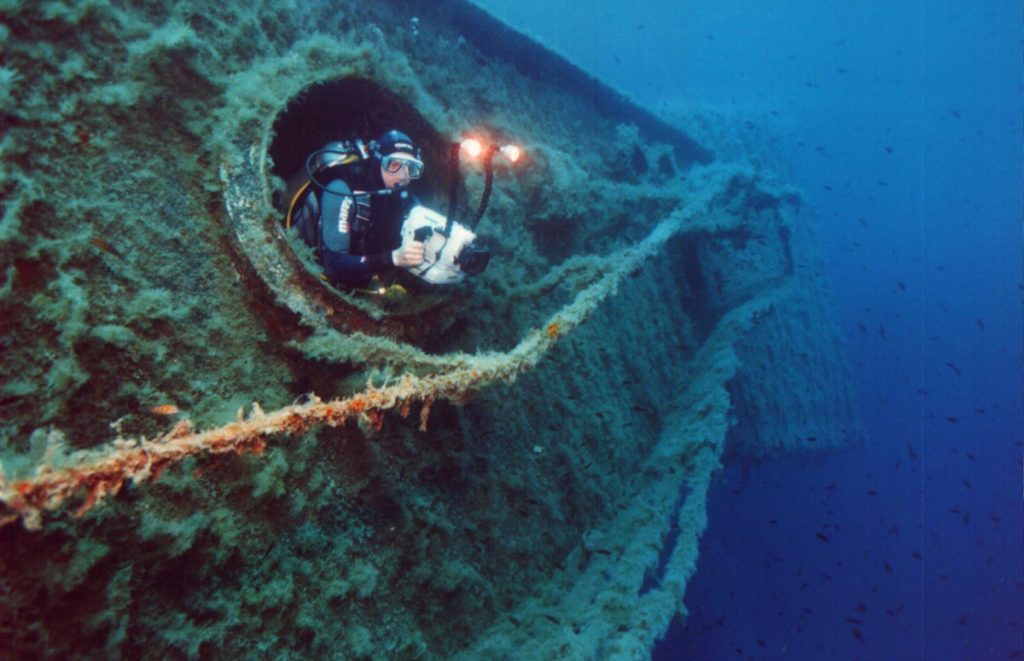 The wreck of a large Byzantine ship, dating from the 10th century and filled with amphorae, was discovered by divers off the coast of Sevastopol in Crimea.

The shipwreck was discovered by a Russian archaeological submarine mission in the Black Sea. It is a long vessel, with a length greater than 100 meters and it has been in excellent condition and very likely to belong to the Byzantine period.

“We can say that it is a unique discovery,” said historian Victor Lebedinski, head of the mission that led to the discovery of the wreck at a depth of 82 meters at the bottom of the Black Sea.

Archaeologists believe that this might be the largest Byzantine ship that has been discovered so far. “Our goal today is to preserve it and protect it from looters,” explained the head of the diving group who participated in the surveys.

According to first indications, the vessel may have sunk after colliding with another ship that might also be found at the bottom of the sea.

The size of the ship and the findings inside the wreck are impressive, as hundreds of ancient artifacts are discovered, all in very good condition. An amphora, for instance, is so clean that it gives the impression that the ship sank only years ago. Generally, the morphology of the bottom of the Black Sea helped in preserving the objects.

The shipwreck will help historians better understand trade and cultural relations between countries around the Black Sea and the organization of the merchant marine of Byzantium.