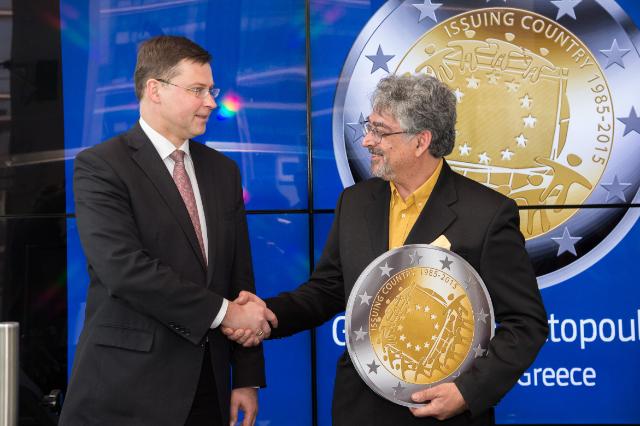 A special two-euro coin designed by Georgios Stamatopoulos of the Bank of Greece (BoG) was picked by 30% of 100,000 voters in an online European Commission competition to celebrate the 30th anniversary of the adoption of the European flag as the EU’s official emblem.

According to Stamatopoulos, his euro coin design, which is embellished with childishly-drawn human shapes dancing in a circle around the EU’s 12-starred flag, “represents twelve stars that morph into human figures embracing the birth of a new Europe.”

European Commissioner for the Euro and Social Dialogue Valdis Dombrovskis told reporters during the ceremony at the European Commission in Brussels on May 28: “I welcome the winning design by the Bank of Greece and the participation of tens of thousands of Europeans in its selection.”

Approximately 75 million of the two-euro coins will be released in the 19 countries that use the European single currency.

In Canada, pizza aficionados have to thank four Greek immigrants for the country’s own unique pizza, known as Regina Pizza.
Business