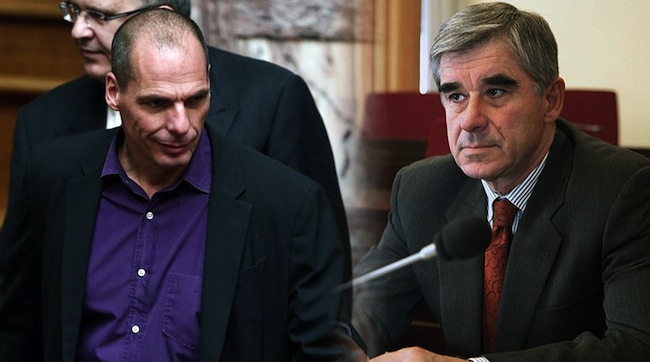 The Greek government will table a new draft bill to Parliament that will allow Greek citizens to voluntarily reveal deposits held in Switzerland in exchange for a smaller tax payment, Finance Minister Yanis Varoufakis said on Tuesday.
Speaking to reporters after a meeting with Swiss State Secretary for International Financial Matters Jacques de Watteville, Varoufakis added that the two sides agreed to move forward with the new legislation that will allow Swiss authorities to issue a political declaration calling Swiss banks to ask their customers to reveal their deposits in Switzerland, taking advantage of favorable tax provisions.
The initiative will benefit both countries, the Greek Finance Minister said, as the Swiss government would have to adapt with an automatic information exchange status, currently valid with third countries, after an imminent signing of a similar agreement with the European Union. The meeting was also attended by Minister of State for Combatting Corruption Panagiotis Nikoloudis.
(source: ana-mpa)