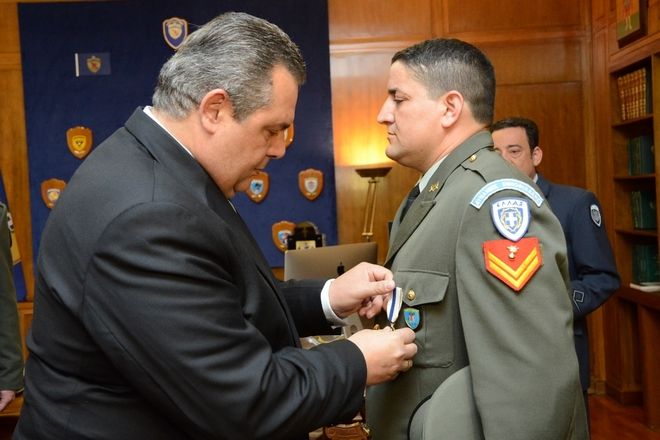 Greece’s Defense Minister Panos Kammenos has earlier today decorated an army sergeant of the Hellenic Army, whose photos rescuing a young migrant from Eritrea following a deadly shipwreck on the island of Rhodes last week made headlines across the globe.

Sergeant Antonis Deligiorgis was awarded the Cross of Excellency by Kammenos at a ceremony in Athens today for his role in saving the lives of 20 passengers from a ship carrying migrants and asylum seekers from the Turkish coast to the Greek island of Rhodes after it crashed on a reef.

The Greek sergeant was photographed assisting Eritrean pregnant survivor Wegasi Nebiat, in an image that occupied the front pages of newspapers across the world. It should be noted that the 26-year-old Eritrean woman gave birth to a boy last week in the hospital of Rhodes and announced that her son will be named after her baby’s Greek savior, Antonis. 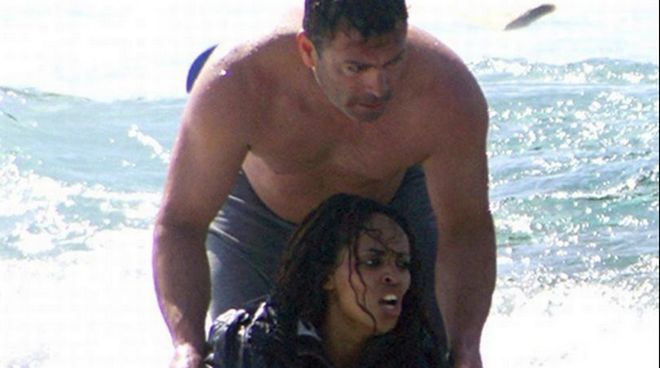 Three people died in the shipwreck, while 90 others from Syria and Eritrea were rescued. The boat hit a reef at Zephyros beach in Rhodes and the migrants started to flee to the shore, jumping into the sea, without waiting for help. This peculiar incident has left local residents and hundreds of tourists speechless. A crowd gathered near the beach, watching from a distance, as Greek police and coast guard officers rushed to the scene to help the migrants reach the shore safely.