GRNews
GreekReporter.comGreeceMigrant to Name Her Child After Her Greek Rescuer

Migrant to Name Her Child After Her Greek Rescuer 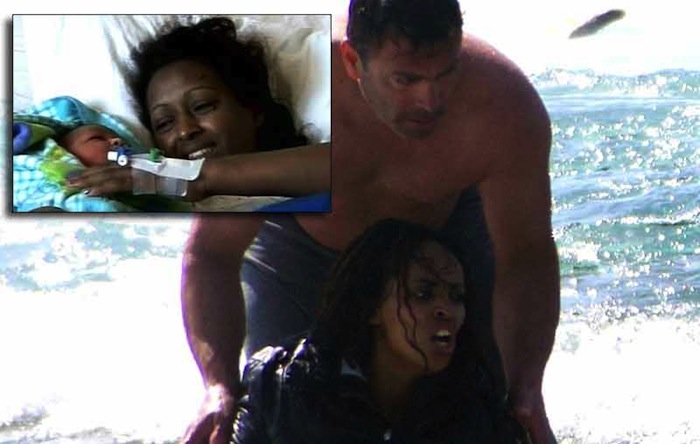 An Eritrean migrant who was saved when the boat that was illegally transferring her and almost 200 more illegal migrants to Greece sank just off the coast of Rhodes, gave birth to a health boy on Thursday at Rhodes hospital, just 3 days after the incident. She decided to name her newborn child Antonis, after her Greek rescuer.
The head of the Rhodes Bar Association Human Rights Committee, Pepy Papapavlou, visited the young woman at the obstetrics clinic in Rhodes, accompanied by Sergeant Antonis Deligiorgis, who had saved the Eritrean woman’s life during the naval tragedy that took place on April 20. The 26-year-old woman burst into tears when she saw her rescuer and stated that she had decided to name her infant Antonis, since she owed him her life, but also the life of her child.
Both the mother and child are in good health, while the Red Cross branch in Rhodes has already undertaken the task of caring for them while they are housed in an apartment on the island.
In a recent interview, the young mother recounted her adventure to travel from her country to Greece. For three weeks and on her final month of pregnancy, she travelled -mainly on foot- through the desert to reach Sudan, from where she was transferred to Turkey. Upon her arrival, she boarded a wooden boat that would take her to Greece but unfortunately the boat crashed on a reef just off the coast of Rhodes.