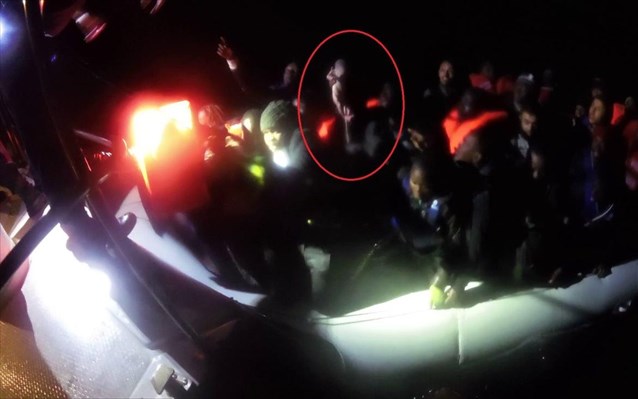 A woman from Cameroon who gave birth to twins inside a sinking boat carrying illegal migrants to Greece was transferred to an Athens hospital for precautionary reasons.
The woman was among 36 migrants in a dinghy boat rescued by the Greek Coast Guard near the island of Samos. The boat was coming from Turkey and the woman gave birth early Saturday morning while struggling for her life.
The coast guard boat that was patrolling in a joint European operation called “Poseidon 2015” located the dinghy that was beginning to sink. Some of the people were already in the water. During the rescue operation, the 33-old-woman gave birth to two boys.
The mother, the father and the newborns, along with three other women, were carried by a Greek Airforce Puma helicopter to a Samos hospital.
Doctors and medical staff rushed to put the two babies in an incubator and provide first aid to the mother. The newborns weigh 1,800 and 1,820 grams respectively. They were later transferred to an Athens hospital for precautionary reasons.
The remaining 32 migrants on the boat were transferred to Agathonisi by private boat.