GRNews
GreekReporter.comGreek NewsCultureWhy Do Greeks Dye Easter Eggs Red and How to Do It... 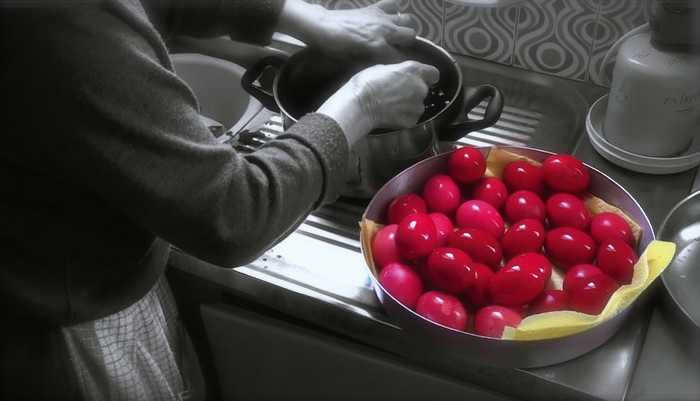 For Greek Orthodox Christians one of the oldest Easter traditions are red-dyed eggs. Here’s why we do it and how you can do it too, organically! But first let’s get to the story behind the tradition.

Red Easter eggs are associated with the crucifixion and resurrection of Jesus. Eggs symbolize the empty rock tomb from which Jesus arose after his crucifixion and are used as universal means of greeting and presentation for Christian believers, while also foretelling the eternal life experience which awaits true believers after death.

The choice of red — the color of life and victory — bears a long history and dates to ancient Mesopotamia, where early Christians stained eggs red in memory of the blood of Jesus, who was crucified for the salvation of all mankind.

The reason the Greek Orthodox Church adopted the custom is still disputed and many sources indicate different reasons.

The most renowned story links Mary Magdalene to the red Easter eggs custom, who being the first to have seen the empty tomb of Jesus after his resurrection, went to the Roman emperor to inform him of the miracle.

The emperor, however, didn’t believe what he was told and announced that he would believe the claims of Mary Magdalene only if the eggs in a basket next to him would turn red instantly, which they did.

A second story has it that the Virgin Mary offered her son’s guards a basket of eggs so that they would treat him well. The eggs turned red when Virgin Mary soaked them with her tears. According to a variation of the story, an unknown woman would believe in the news of Jesus’ resurrection, only if the eggs she was holding in her hands would turn red. Miraculously, the eggs changed color as soon as she formed her doubt.

The Greek Orthodox tradition is for eggs to be dyed red on Holy Thursday in commemoration of the Last Supper, the final meal which Jesus shared with his Apostles in Jerusalem before his crucifixion.

It is common belief that dyed Easter eggs can stay edible forty days without being refrigerated. If, however, a priest blesses the eggs on Easter Sunday, they are said to last a whole year without turning bad.