GRNews
GreekReporter.comGreeceShocking Photos From the Island of Kos, Migrants Piled on Police Station...

Shocking Photos From the Island of Kos, Migrants Piled on Police Station Floor 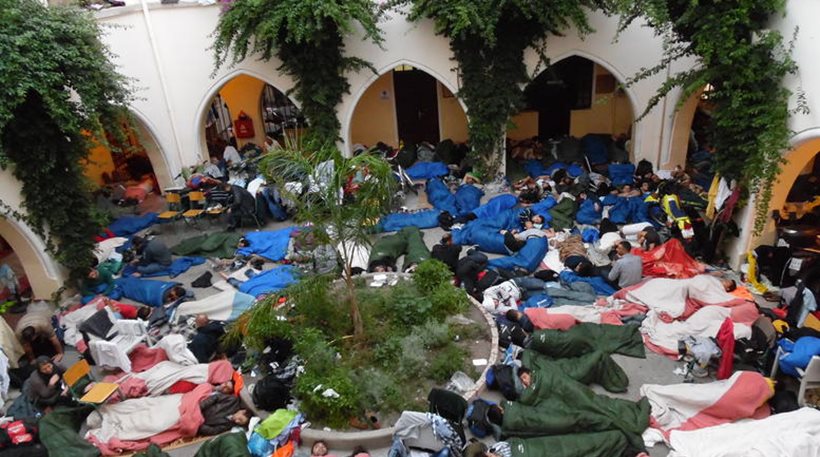 Hundreds of migrants have packed themselves in an area that is meant to host only 35 people. There are 236 people heaped in the Kos Police Department, which is housed in an old Italian building dating back to the ’30s — some have sought refuge in the courtyard and others inside. Boxes on the floor, blankets next to garbage, toilets covered in dirt and stench, make up the third world images emerging from one of Greece’s most popular islands.

Greek daily newspaper Eleftheros Typos reported that a few days ago the officer in charge fainted, while on the same day numerous migrants piled outside the building in order to secure a place to sleep. This incident brought the officers to their limits as they recently stated that they are determined to refuse arrested migrants, except the 35 the Police Station building can host.

“We have nothing against the migrants. On the contrary. But this situation is unacceptable. A few days ago, when 119 migrants were released, others who were outside the building forcibly invaded its inner courtyard, resulting in an informal occupation of the Police Station,” one of them explains.

The photos below, published by Eleftheros Typos, reveal the unacceptable conditions. 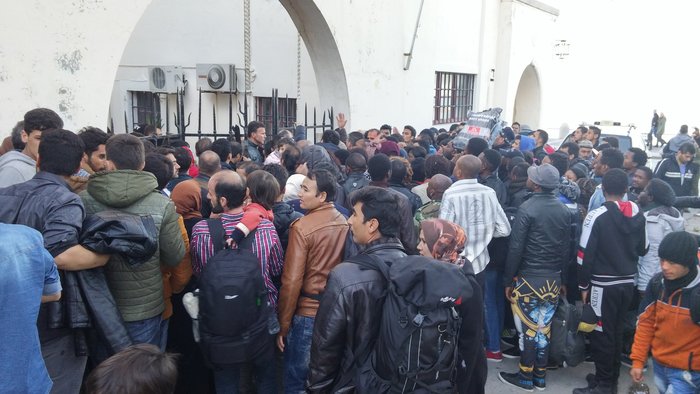 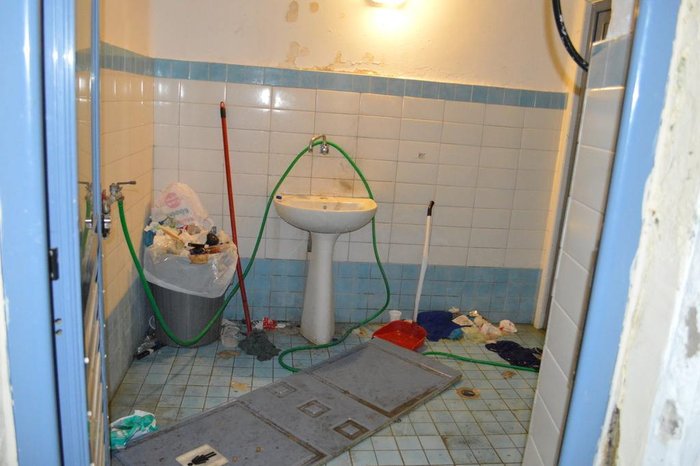