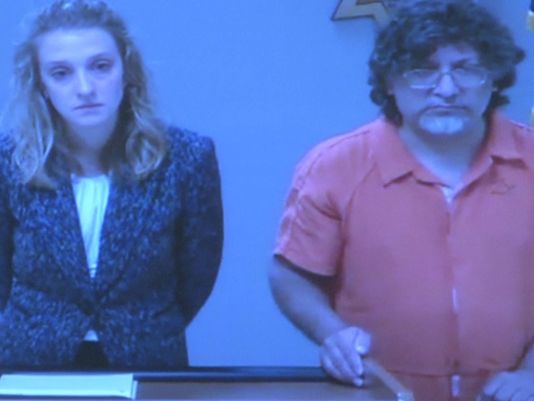 Metropoulos’ trial began on Monday with the testimony of a former altar boy at St. George Greek Orthodox Church. The young man who is now 23 years old testified that he had been sexually abused by the former priest when he would sleep over at the man’s house.

Furthermore, during his testimony the young man said that he would often pretend to be asleep and never mentioned the assault to protect the lives of people around him.

The 52-year-old former priest who had already pleaded guilty to child pornography charges and violation of privacy involving the secret videotaping of a woman while she was showering in September, took the stand on Tuesday. He attempted to defend himself saying that he never had intercourse with the teenager. However, he did admit to touching him inappropriately when he was asleep.

The court judge denied Metropoulos’ testimony, finding him guilty on all four counts.

The 52-year-old man will be sentenced in two weeks and he could face up to 11 years in prison. Furthermore, according to a deputy district attorney he will be registered as a sex offender for the rest of his life.