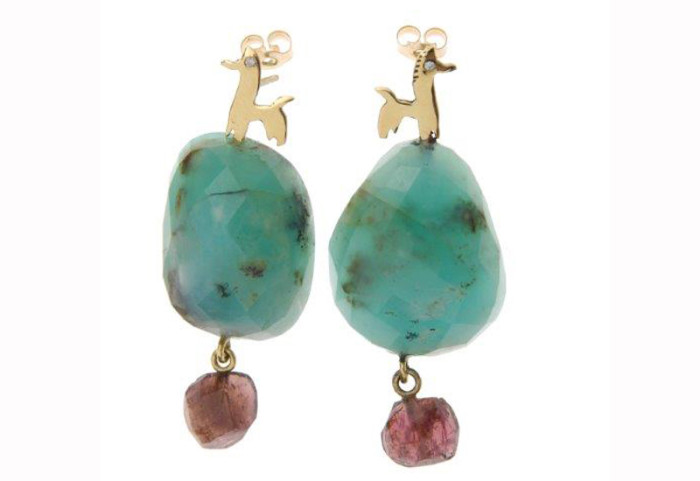 The British Museum will be hosting an exhibition entitled “Defining beauty: the body in ancient Greek art” from March 26 to July 5, 2015. This major exhibition will focus on the human body and the way it was portrayed in ancient Greece.

As part of the “Defining beauty” exhibition the museum will also focus on showcasing creations by Greek jewelers, in order to celebrate the exhibition opening. A number of jewelry retail collections will be presented in the Grenville Room shop, mostly focused on showcasing the human body.

Tania Drakidou was born in Euboea, Greece at Evia and studied at Mokume Art & Design School in Athens. In 2000, she started working as a professor at the same school where she remained for 2 years. She was awarded the first prize in the Goldsmith Exhibition of Athens (2001) for her designs. Since then she has opened her own workshop, where she creates beautiful jewelry, usually featuring the traditional evil eye symbol commonly used in ancient Greece to ward off sickness.

Athens based designer Elena Syraka commenced her studies in fashion and jewellery design with a degree from the renowned Veloudakis School of Fashion in Athens, Greece, followed by a Diploma in Fashion and Jewelry design from ESMOD in Paris, France. She has been designing jewelry for 15 years and she is known for the uniqueness of the forms she creates and the use of unconventional materials.

Finally, Melanie Georgacopoulos is a London-based jewelry designer who was born and raised in Athens by a Greek father and a French mother. She studied at the Mokume Institute in Athens, Edinburgh College of Art (Sculpture) and later at the RCA (Masters in jewellery). Melanie first started designing for small companies as well as internationally renown brands before venturing out to establish her trademark concept: challenging ideas about classic pearl jewellery.