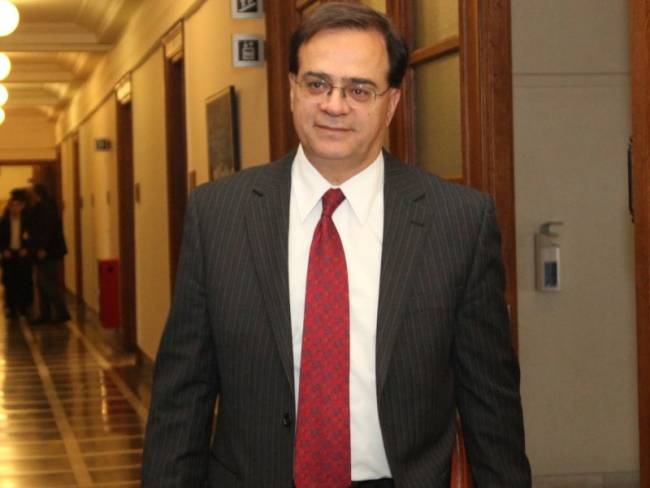 Conflict has broken out between the opposition conservative New Democracy (ND) party and the Radical Left Coalition (SYRIZA) government concerning Greek former finance minister Gikas Hardouvelis money pumped abroad from his personal accounts. Real News rights that the head of the money-laundering watchdog in Greece, Panagiotis Nikoloudis, sent an urgent document to Parliament asking for Hardouvelis assets to be investigated.
Characteristically, the letter writes that the former finance minister sent money abroad in 2012 that was not included in statements that he had been obliged to submit as (a) the former prime minister’s adviser from November 2011 through to May 2012, and (b) as former finance minister from June 2014 onwards.
Hardouvelis responded to the press reports stating that he had overlooked the submission of the assets statement, clarifying that the amounts referred to had been taxed and concerned income that had been accrued as a result of his work as well as that of his wife. The money in bank accounts abroad was as a result of work in those countries over the years. He stressed that certain amounts had been accrued when he was not in public office, hence not required to submit his assets. Finally, he said that over the last few years he had declared the same amounts to U.S. tax authorities (FBAR).