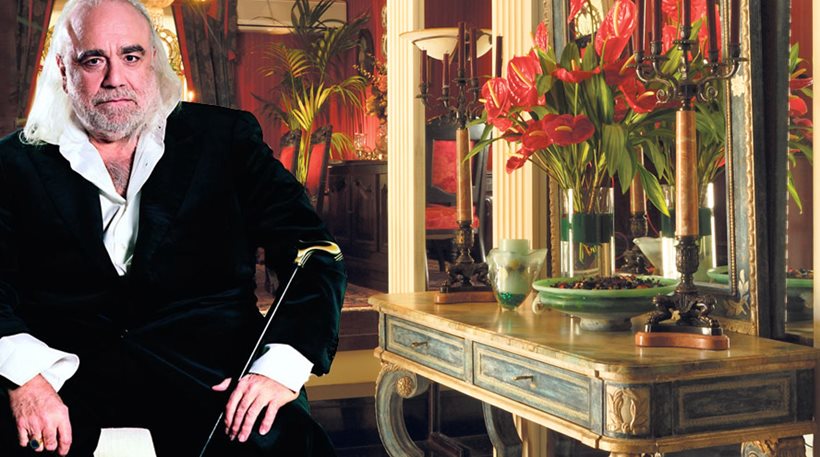 Just a few days after famous Greek singer Demis Roussos passed away, his luxurious house has already been put on sale. The famous singer’s two children, Emily and Kyrillos, have decided to sell their father’s masion, located in the Athens suburb of Voula, at the price of 2 million euros, which is considered a bargain when taking into account the original value estimates.
Roussos was an international star, a singer who was appreciated by millions of people across the globe. His songs were loved almost as much as those of Elvis Presley and the Beatles, while girls formed long queues and waited for hours just to get his autograph.
This great artist whose career peaked in the 70s loved buying houses and decorating them in his own personal style. He had bought homes in Athens, Paris and New York, and they all exuded a cosmopolitan aura after he was done renovating them. “I would never let a decorator come into my home. I want it to have part of my own personality,” Roussos had stated in a past interview. Furthermore, he added that another famous Greek singer once told him that she wanted to buy his house in Greece: “I have never seen a more beautiful place,” she said.
Roussos’ home in Athens is located in Panorama, Voula, on a hill overlooking the Saronic Gulf.