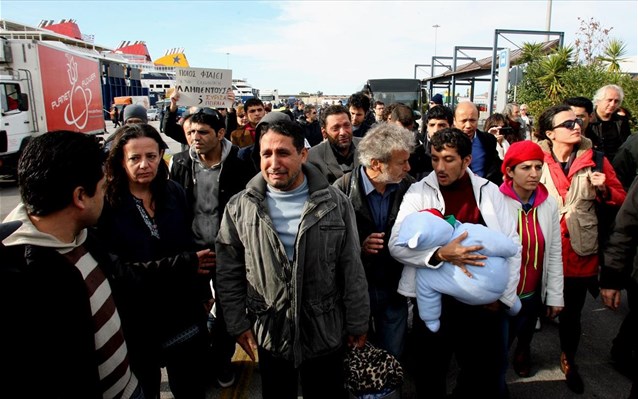 A 21-year-old Syrian national was found guilty of the naval tragedy that took place about a year ago, in January 2014, off the coast of Farmakonisi, Greece, where 12 migrants lost their lives. The man reportedly refused to accept that he was steering the vessel, claiming to have been a refugee himself, although the court rejected his claim.

The Felony Appeals Court of Dodecanese in Rhodes argued that the young Syrian was the captain of the migrant-carrying vessel and, despite his detailed report and witness testimonies, imposed him a 145-year-and-three-month prison sentence. As Greek law dictates though, the accused will only serve 25 years and pay a 570,500-euro fine. In detail, the Court of Dodecanese imposed 15 years imprisonment and a 50,000-euro fine for the transportation of each one of the migrants and a further six-month prison sentence and 500-euro fine for entering the country illegally.

According to some of the surviving migrants’ testimonies, the vessel was turned over when it was being towed back towards the Turkish shores by a Greek Coast Guard vessel and not during its trip. This version was also adopted by Mania Barsefski, a member of SYRIZA’s Political Secretariat, who met the surviving migrants when they were transferred to the port of Piraeus. As she highlighted, the court imposed an “exhausting sentence” on the 21-year-old man and “reversed the roles, declaring the victim into a perpetrator.”

Discover the Historic City of Rethymno on the Island of Crete

Greece Says Turkey is Safe for Migrants from Five Countries