Cypriot Parliament President: We Need to Begin a Campaign to Annul Turkish Plans 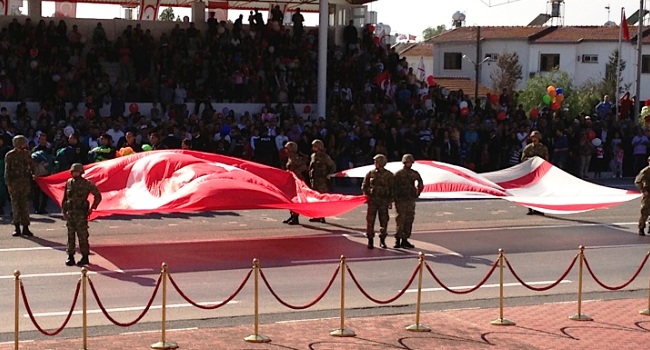 The President of the Cypriot House of Representatives, Yiannakis Omirou, has denounced statements of Turkish President Recep Tayip Erdogan earlier today on the Cyprus problem and the hydrocarbons reserves in the island’s Exclusive Economic Zone (EEZ). At the same time, Omirou called all political forces in Cyprus to proceed with a more intense campaign on a European and international level.

“Mr. Erdogan’s comments confirm Turkey’s policy and strategy to seize the Cypriot natural resources and abolish the Republic of Cyprus,” the President of the House of Representatives underlined in a written statement issued today. According to Omirou, Turkish and Turkish-Cypriot officials’ statements of the past few days prove that they have put a “plan B” in effect, which has been priory approved by Turkey’s National Council, aiming to upgrade the status of the illegal entity in Cyprus’ northern Turkish-occupied areas and at the same time downgrade the Republic of Cyprus to a so-called “Greek-Cypriot administration.”

Furthermore, the Cypriot statesman expressed his worry on the latest developments, while addressing the island’s political forces, he said that “we all need to be aware and begin a campaign on a European and international level in order to annul the Turkish plans.”

Cyprus, which is a part of the European Union since 2004, has been violently divided since 1974, after a brutal Turkish invasion and the following occupation of its northern lands or 37% of its territory. On its part, Turkey has repeatedly denied to recognize the Republic of Cyprus, despite numerous calls by international institutions and the European Union, which Ankara aims to join. At the same time, all United Nations-backed negotiations in order to reunite the island under a federal government have failed. In October 2014, the President of the Republic of Cyprus, Nicos Anastasiades, suspended his participation in the peace talks following a NAVTEX (Navigational Telex) issued by Turkey for the conduction of hydrocarbons research in Cyprus’ EEZ by seismic vessel”Barbaros,” escorted by a number of Turkish Navy ships.