GRNews
GreekReporter.comGreeceExtreme Right Golden Dawn MPs Cause Tension After Announcement of the Presidential... 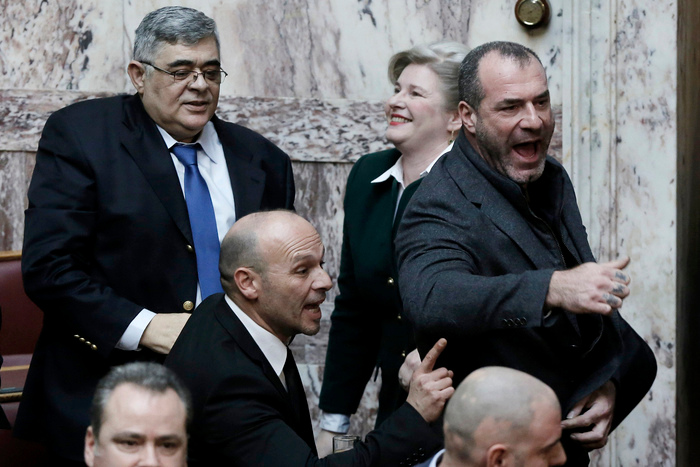 The announcement of the third unsuccessful ballot result for the election of the President of the Hellenic Republic was welcomed with insults and disrespectful gestures from the entire parliamentary group of far right Golden Dawn, while some of its MPs even moved menacingly against the Defense Minister, Nikos Dendias.

The signal for the unbelievable parliamentarian environment and provocations was instigated by the leader of the neo-Nazi organization, Nikos Michaloliakos, after the Greek Parliament’s President, Vangelis Meimarakis, announced that in favor of the only nominee, Stavros Dimas, 168 MPs, voted yes — 12 less than the necessary majority of 180 votes. Michaloliakos, along with the rest of his party’s members stood up and started shouting and cursing mainly MPs of the ruling New Democracy, who voted for Dimas. 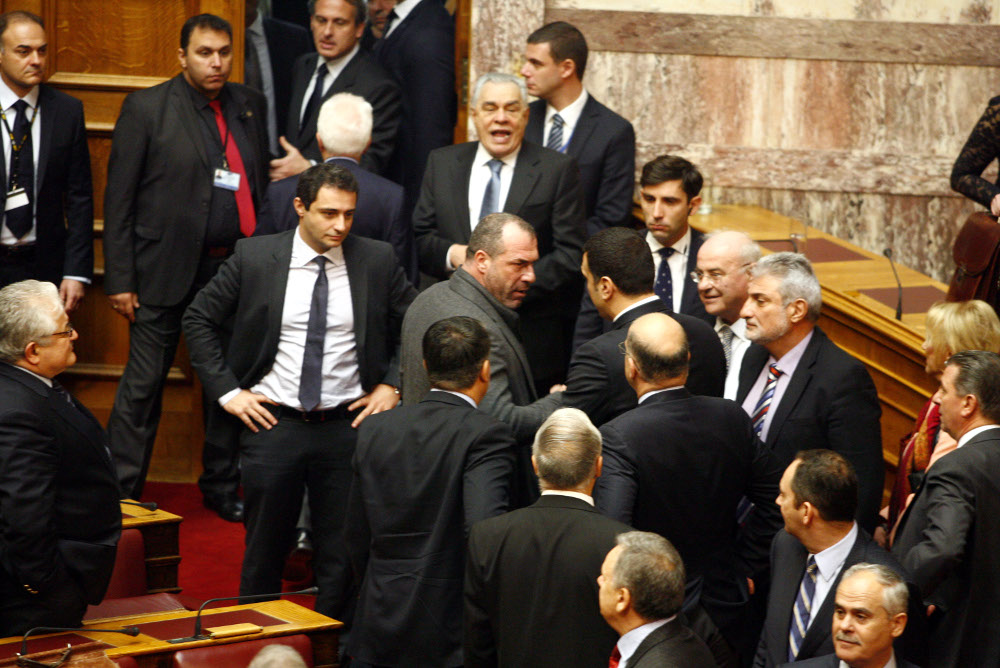 The MPs of the xenophobic party yelled “Samaras to prison” and the imprisoned members of it said “we are waiting for you in jail, you will join us.” Furthermore, they gave two thumbs down to Prime Minister, Antonis Samaras, while an episode occurred between the Public Order Minister, Vassilis Kikilias and Golden Dawner, Nikos Michos, who pushed the minister and shouted “you can handcuff them,” referring to the parliamentary group of New Democracy. Reportedly, during the tension, Michaloliakos wife and also member of Golden Dawn, Eleni Zaroulia, spat at the former Golden Dawner and now independent MP, Stathis Boukouras, who also voted in favor of Stavros Dimas. Another Golden Dawn member, Giannis Lagos, turned to the independent MP’s seat and when he found out that he was absent started shouting loudly, using inappropriate language.

Interior Minister, Argyris Dinopoulos, commenting on the incident underlined that the “Democracy is not afraid of such behaviors.”

Members of the rest of the opposition parties welcomed the results with applause.