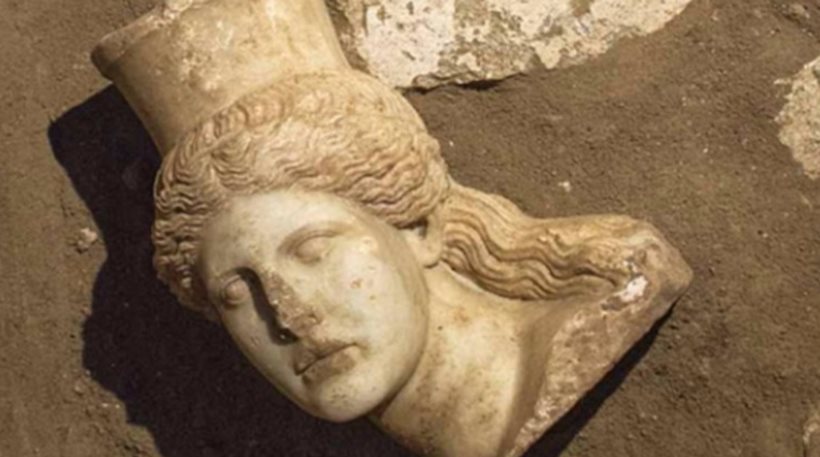 The Amphipolis tomb riddle tops the NBC list of scientific mysteries for 2014.
The tomb’s discovery in Casta Hill, northern Greece, generated one of the biggest scientific questions for 2014: Who is buried in the grave that dates to the era of Alexander the Great, around 300 B.C.? Will the discovered skeleton reveal its identity through DNA testing? The answer will probably be on the list of great scientific answers for 2015.
The NBC report referred to the important archaeological discoveries as well, including the statues of the sphinxes, the caryatids and the impressive mosaic of Persephone carried to Hades.
On the list of scientific mysteries are also included the riddle of the extreme meteorological phenomena, the Ebola virus outbreak and the efforts made for new vaccines and treatments, the control of fusion power and certain questions over the use of DNA to study bird evolution.