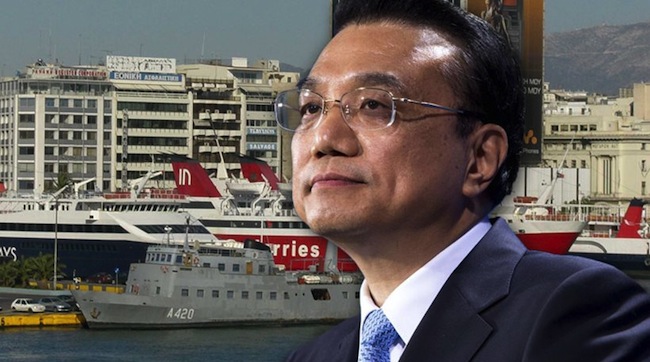 The heads of state and government of 16 Central and Eastern European countries, as well as Chinese Premier Li Keqiang, are on their way to Belgrade for the summit meeting that takes place on Tuesday and Wednesday regarding the expansion of the region’s economic, commercial and investment cooperation with China.
The catalyst for the Chinese presence in the region will be the Greek port of Piraeus, following the recent decision by the Piraeus Port Authority (OLP) to allow Chinese company Cosco to expand its presence in the port.
This will clear the way for the implementation of the Chinese plan for the so-called “21st Century Maritime Silk Road,” easing the import of Asian products into Europe. Furthermore, Athens recently added its signature to the customs agreement of the region’s states, promoted upon Beijing’s initiative in order to open the commercial transport axis of Piraeus-Belgrade-Central Europe.
Chinese diplomatic sources are highlighting Greece’s contributions, which are facilitating the implementation of Beijing’s plans and also helping the local economy make Piraeus the main point of entry for Chinese commodities into Europe.
(source: ANSA)