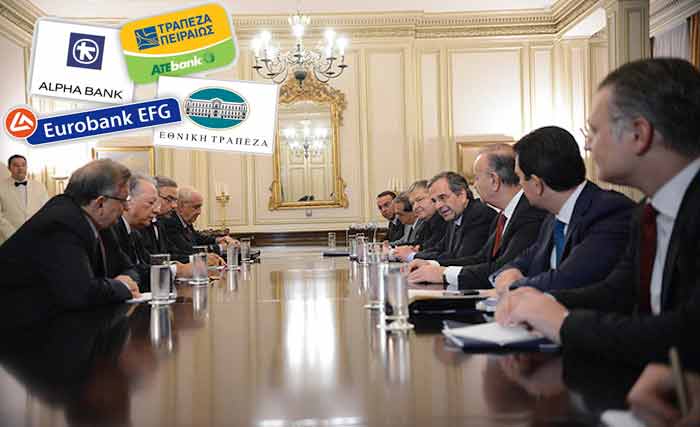 According to Piraeus Bank President Michalis Sallas, the systemic banks are ready, even at a technical level, to start implementing the law of non-performing loans, right after it is voted by the Parliament. Addressing journalists while exiting the meeting, Sallas underlined that he agrees with the law, revealing that the next steps following the successful completion of the stress tests were also tabled during the meeting. “The stress tests were a very positive development and opens the way to the economy’s financing,” the Piraeus Bank head stressed.

Sallas also said that he is against the measure of auctioning the debtors’ main residence, as banks do not desire to be burdened with portfolios of 70,000 or 100,000 euros. “Banks are not considering auctions,” he declared, adding that “there is no reason it has to be done and I do no see it happening.”

Alexandros Tourkolias, National Bank of Greece CEO, Christos Megalou from Eurobank and Dimitris Matzounis from Alpha Bank were the other three representatives of the Greek systemic banks that attended the meeting at the government headquarters.