GRNews
GreekReporter.comGreek NewsCyprusCyprus' Foreign Minister: We Will Continue our Energy Program as Planned

Cyprus' Foreign Minister: We Will Continue our Energy Program as Planned 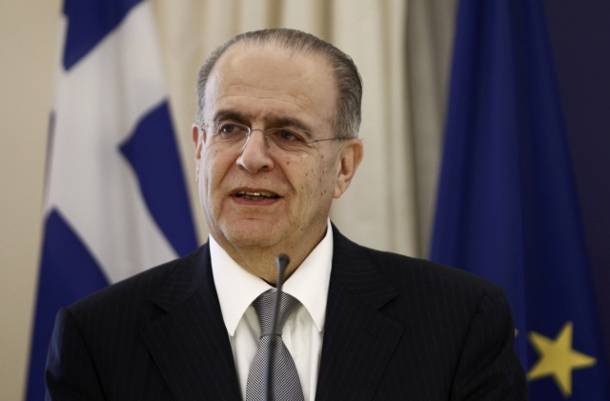 Nicosia’s firm will to not suspend its ongoing investigations for the exploitation of its hydrocarbons expressed today the country’s Foreign Affairs Minister Ioannis Kasoulides, while it will not take in account Navy Staff Admiral Bulent Bostancıoglu’s recent threatening comments regarding the presence of Turkish battleships in the area and the rules of engagement that were passed to them.

“The Republic of Cyprus will continue its energy program as planned. Natural gas should be a motive for Turkey to change its stance,” Kasoulides underlined, assessing that the Turkish threats and violations will not stop and possibly increase in the following period. In addition, the Cypriot Foreign Minister declared that the recent trilateral summit between Greece, Cyprus and Egypt “does not turn against Turkey,” as Cypriot President Nicos Anastasiades also said during a joint press conference held with Greek Prime Minister Antonis Samaras last week in Nicosia. On the contrast, the cooperation between the three neighboring countries “is a political core of peace, stability and security in the sensitive East Mediterranean area,” stressing that Ankara is the one which led itself to isolation due to its applied aggressive policies.

Turkey has recently sent research vessel «Barbaros» to field 3 of Cyprus’ Exclusive Economic Zone (EEZ) in order to conduct seismic surveys, escorted by a battleship of the Turkish Navy. This move caused Athens’ and Nicosia’s fierce reaction, and the Cypriot President pulling out from UN-backed negotiations with the Turkish-Cypriot side aiming to reunify the island, divided since 1974, after a Turkish military invasion capturing its northern part.