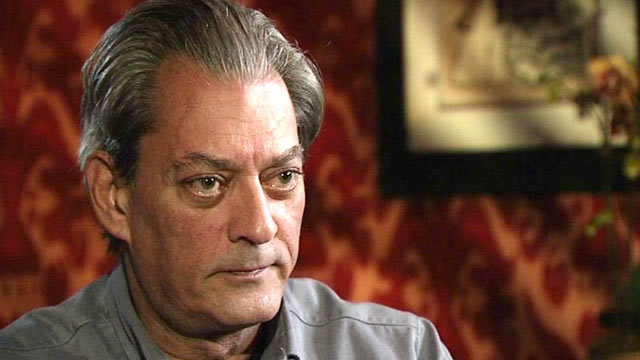 Paul Auster, acknowledged as one of the most important contemporary authors in the United States, is visiting Athens, Greece.
An event will be held at the Onassis Cultural Centre, where Auster will be presenting the unseen world of his books and life to a Greek audience. He will also be addressing the burning social and political issues afflicting his homeland and the world today.
Entrance to all events in the “Talks and Thoughts” cycle of the Onassis Cultural Centre is free and on a strictly first come, first served basis. The distribution of entrance tickets begins one hour before each event.
Auster has written a series of novels that include the celebrated New York Trilogy. Two of his most celebrated books, “Smoke” and “Blue In The Face”, have been turned into award-winning independent films.
He is an American author and director whose writing blends absurdism, existentialism, crime fiction and the search for identity and personal meaning in his work.
A charismatic narrator and gifted storyteller, Auster creates multidimensional worlds like few others. Auster’s protagonists often go through a process that reduces their support structure to an absolute minimum: they sever all contact with family and friends, end up hungry and lose or give away all their belongings. Out of this state of “nothingness” they either acquire new strength to reconnect with the world or they fail and disappear for good.
The search for identity and personal meaning has permeated Auster’s later publications, many of which concentrate heavily on the role of coincidence and random events (The Music of Chance) or increasingly, the relationships between people and their peers and environment (The Book of Illusions, Moon Palace). Auster’s heroes often find themselves obliged to work as part of someone else’s inscrutable and larger-than-life schemes. In 1995, Auster wrote and co-directed the films Smoke (which won him the Independent Spirit Award for Best First Screenplay) and Blue in the Face. Auster’s more recent works, Oracle Night (2003), The Brooklyn Follies (2005), and the novella Travels in the Scriptorium, have also met critical acclaim.

Inspired by the Greek capital's long history of democracy, countless cities across the world have adopted the name of Athens as their own.
Business

The personal data belonging to 533 million Facebook users has been leaked online, according to security specialist Alon Gal on Monday.