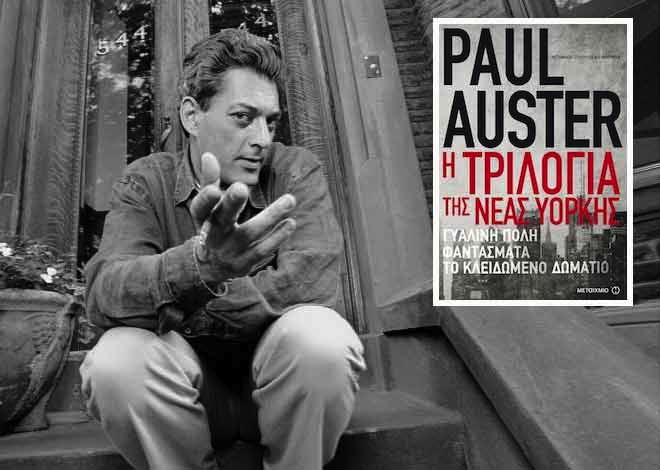 Paul Auster, one of the most important contemporary American writers, will be visiting Athens from November 4 to 7. He has been invited by “Metaixmio” publishing house that recently released “The New York Trilogy.”
The trilogy is the work that established Auster in the literary scene, while the novels that make up the trilogy perfectly summarize his earlier and later work.
Each book stars a different rival duo: on one hand there is someone who observes and on the other hand, someone who is being observed. City of Glass (1985) is about an author and a research scientist. Ghosts (1986) is about a detective and a person that will later be revealed as a writer. Finally, The Locked Room (1986) is about a critic and a strange, versatile artist.
However, Auster is primarily interested in showing the status of division and confusion in which the protagonists live, constantly looking for a way to reach the center of their existence.
Metaixmio has also released some of Auster’s other works such as Invisible (2009), Winter Journal (2012) and Sunset Park (2010). In 2015, the publishing house will release some of his older works such as The Invention of Solitude (1982) and Moon Palace (1989).