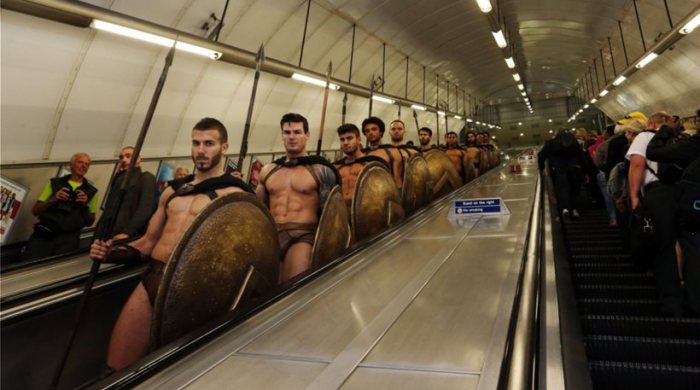 While less than 300 were present, the actors – who were part of the cast of “300: Rise of the Empire,” the sequel to the movie “300” – still managed to surprise Londoners.

Dressed as the famous Spartan warriors of ancient Greek history, the muscled gentlemen boarded underground trains, rushed up and down the escalators and ran through the streets of London in a bid to advertise the DVD release of “300: Rise of the Empire.”

The sequel focuses on the battle of Salamis and the Athenian general Themistocles, the man who attempted to unite all Greeks against the Persian forces.