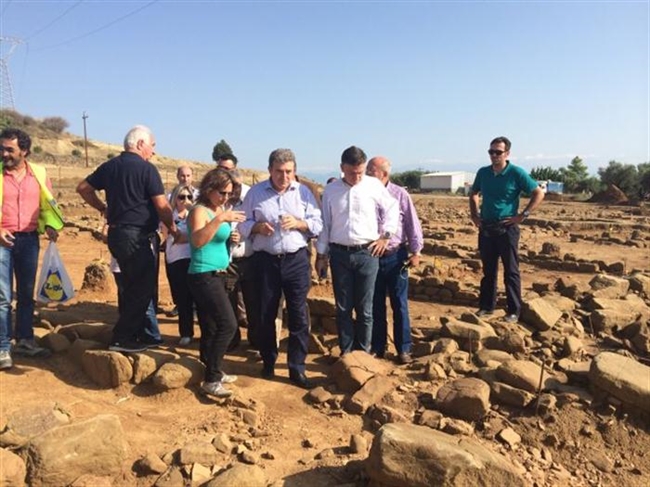 Michalis Chrysochoidis, the Greek Minister of Infrastructure, Transport and Networks, visited the archaeological site of Alikyrna near Missolonghi in western Greece, where an ancient city was recently unearthed during construction work for Ionia Odos.
The ancient city, located next to the construction site, sits in the area of Agios Thomas. Government officials were perplexed by the discovery of a previously-unknown city so large it stretches for many acres.
According to sources in the Greek media, the first findings suggest an ancient urban center which crosses over to the Ionia Odos construction site. Further excavations, research and mapping are expected.
The Central Archaeological Council of Greece and the Ministry of Culture are now responsible for the site. According to Michalis Chrisochoidis, only a small part of the city has been uncovered. “Everywhere we dig, we find something ancient,” reported the archaeologists to Greek government officials.
The Greek state, meanwhile, is concerned about the discovery’s location; sitting so close to the construction site, work on Ionia Odos has been forced to stop. Chrisochoidis noted that the procedures need to speed up, in collaboration with the Greek Ministry of Culture, in order to ensure that the Ionia Odos project is not delayed.